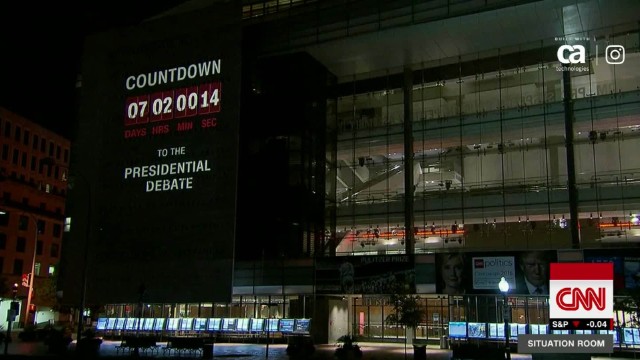 In partnership with Instagram, Facebook and CA Technologies, CNN embarked today on a nationwide tour of key swing states, presidential debate locations and destinations around the country on the #MyVote camper and projection tour.

Making its debut stop steps from the White House in front of the Newseum in Washington, D.C., the #MyVote camper displayed the first in a series of campaign trail photos taken by the Instagram community via an immersive, one-of-a-kind virtual projection experience. These images will be exhibited at the Newseum, each debate stop and more locations to be announced as the tour unfolds.

CNN correspondents Chris Moody and Vanessa Yurkevich will travel with the #MyVote camper, report from the ground and talk to citizens to capture the faces and voices of the people.

At tour stops, members of the community are invited to enter the #MyVote camper and take a photo with either a red, blue or purple background color. They can then share that photo on Instagram, using the #MyVote hashtag. The #MyVote camper will serve as CNN’s Facebook Live HQ and the social media hub on the road-tour and at each presidential debate location stop in New York, Missouri, Virginia and Nevada.

#MyVote integrations can also be found on the CNN Politics app, available for download in the iOS app store.

The one-of-a-kind immersive projection experiences are produced by Obscura Digital and built with CA Technologies, the technology sponsor of the 2016 America’s Choice Election on CNN.