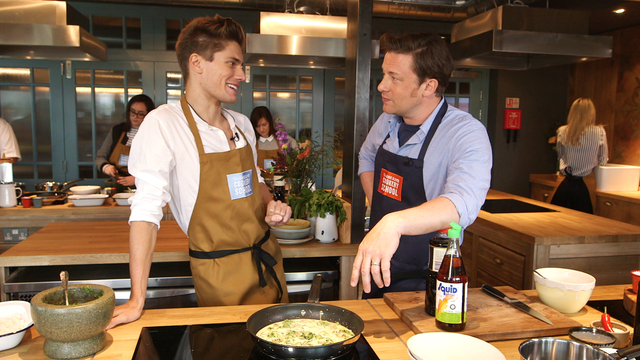 In October, ‘In 24 Hours’ continues its tour of the world’s most vibrant and exciting cities with a programme in London.

Host James Williams (pictured, left) discovers what makes this historical metropolis tick, beginning with a ride on a speed boat that was previously driven by British icon James Bond. Travelling from Chelsea to Tower Bridge, Williams takes in the London skyline from the River Thames.

Williams continues his morning at the All England Tennis Club, playing a game of tennis with CNN ‘Open Court’ presenter and former Wimbledon Winner, Pat Cash. After practicing his backhand on the immaculate grass courts in SW19, Williams heads to lunch with a famous British chef.

Chef Jamie Oliver (pictured, right) helps Williams prepare lunch at one of his own cooking schools in the British capital. Over a freshly prepared Thai curry, Oliver shares his tips for where is best to eat in London and explains the city’s ever-evolving tastes.

Peire explains what makes a successful social club, and what attracts guests around the world to London.

The founder of one of London’s newest clubs, The Devonshire, gives ‘In 24 Hours’ a tour of the new premises, and Williams samples the venue’s new art deco whiskey bar.

As evening descends on London, Williams visits Old Bond Street, the home of some of the city’s most exclusive shops and boutiques. Visiting Britain’s first chocolatier, Charbonnel & Walker, Master chocolatier Adam Lee opens the store especially for ‘In 24 Hours’.

As night falls, the lights of London bathe the city in an electric glow. Williams meets photographer Timo Lieber for a helicopter ride around the city to capture more stunning aerial shots of the city to add to Lieber’s collection.

Concluding his tour of London, Williams heads to one of the city’s most exclusive clubs, Tape. Accompanied by Diving Olympic gold medallist Chris Mears, and record producer Dallas Austin, Williams celebrates this special city with the people who love to live, work and party there. 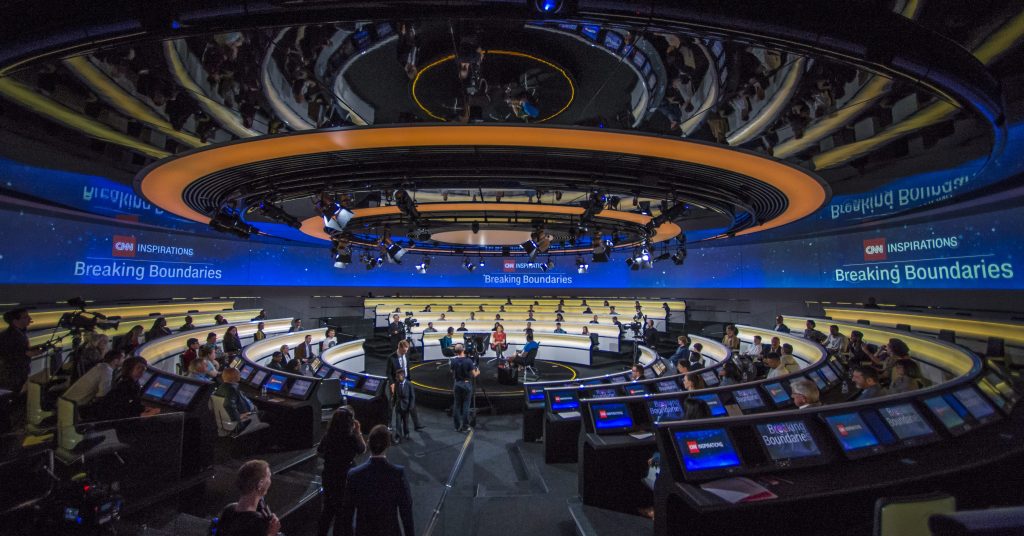 Hosted by Max Foster and Samuel Burke, in front of an audience of young people, the programme invites inspiring individuals to discuss their stories and explain how they survived incredible challenges. Guests include:

‘CNN Inspirations’ hears how all the individual experiences motivated them to make a positive change in the world; before taking questions from the audience on how to respond to personal tragedy. 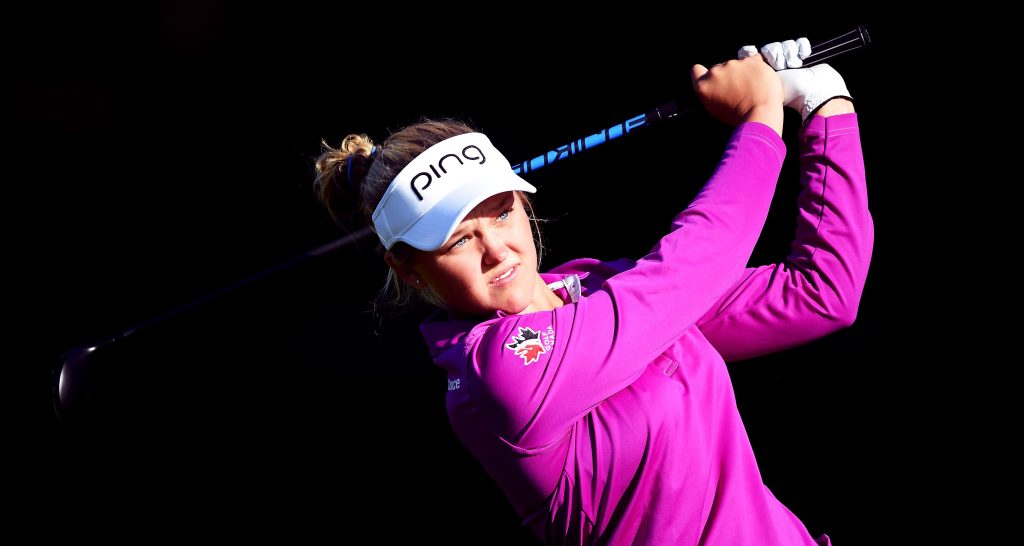 In October, ‘Living Golf’ tours the Alps to profile the area’s biggest tournament and to discover how popular golf is in the region.

Host Shane O’Donoghue attends the Evian Championship in Evian-les-Bains in France on the shores of Lake Geneva for the final major of the year in women’s golf.

‘Living Golf’ meets one of the upcoming stars in the game, 19 year-old Canadian, Brooke Henderson. Having already reached number two in the world and become a major champion this year, ‘Living Golf’ hears from Henderson about her meteoric rise, and also spends time with her older sister Brittany, who caddies for Brooke.

Away from the Evian Championship, O’Donoghue drives along Lake Geneva and up 1,400 metres above sea level to Gstaad Golf Club in Switzerland, one of the most stunning courses in the Alps. O’Donoghue plays a round with club member and Skiing legend, 1983 Kitzbuhel Downhill Champion Bruno Kernen, to learn more about life and sport high up in the Alps.

O’Donoghue returns to the Evian Championship to meet one of the legends in the game, Juli Inkster. Seven-time major champion and captain of the victorious 2015 USA Solheim Cup team, ‘Living Golf’ speaks to Inksteri about all aspects of the women’s game and hears her thoughts about the 2017 Solheim Cup when she will once again lead her American team.

CNN Inspirations: Out of this World! 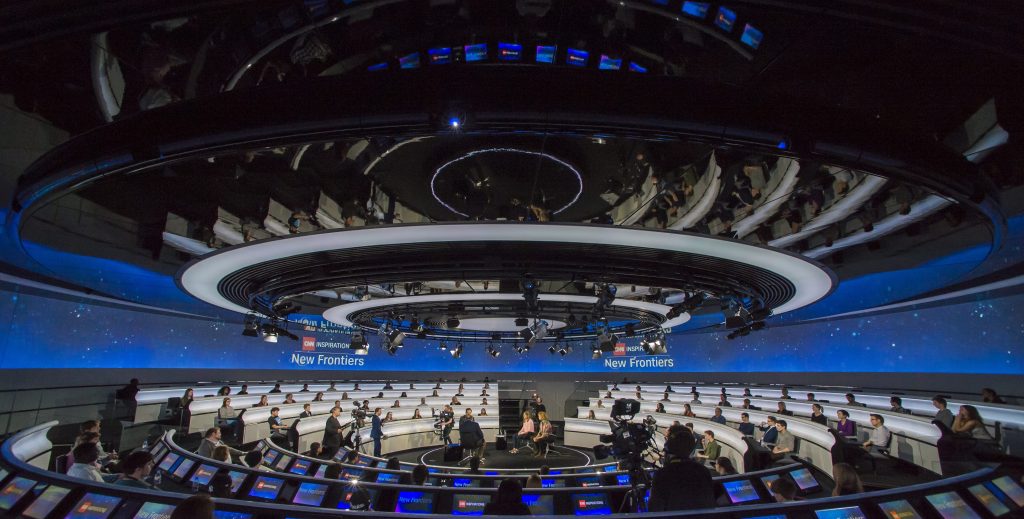 In October, ‘CNN Inspirations’ takes viewers on an adventure that is truly ‘Out of This World’! This exciting special programme will blast off from the McLaren Thought Leadership Centre and enter Earth’s orbit to see the view from the International Space Station.

From there, ‘CNN Inspirations’ explores a planned colony on Mars and peer into the great expanse of our universe. The epic journey will feature conversations with three individuals who have spent their lives studying and exploring space.

Hosted by Max Foster and Samuel Burke, ‘CNN Inspirations’ invites these space pioneers to share their expertise with an audience of young people interested in science, technology and exploration.

Using the McLaren Thought Leadership Centre’s state-of-the-art 360 degree screen, ‘CNN Inspirations’ will give viewers a taste of the visual experience that these three visionaries enjoy every day as they glean insight into the night sky. 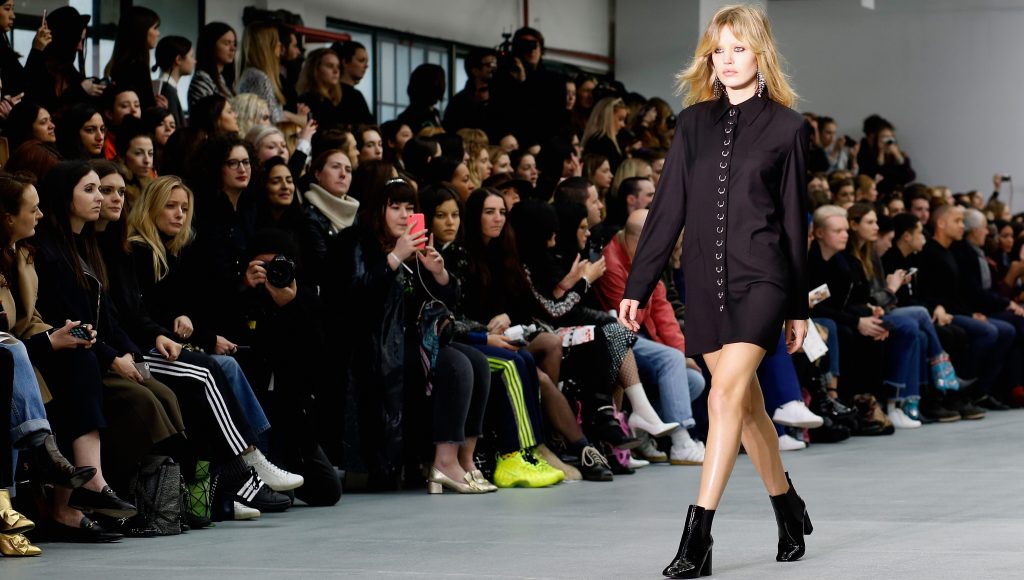 In October, ‘CNN Style’ reports from London, during one of the busiest months of the year in the British capital.

Set against the backdrop of London Fashion Week, host Derek Blasberg explores how the city’s many vibrant subcultures have managed to inspire generations of artists and designers.

The programme speaks to Katie Grand, one of the most influential stylists in British fashion and founder of LOVE Magazine, as she mentors one of the most promising talents to emerge from Fashion East, Matty Bovan.

Delving into the city’s famed nightlife, ‘CNN Style’ talks to young designer Charles Jeffrey about setting up his cult club night LOVERBOY, where the most exciting artists, photographers and musicians come together.

Looking back on London’s relationship with art and fashion through the decades, ‘CNN Style’ meets photographer Derek Ridgers, to talk about his iconic photographs documenting the city’s skinheads and punks in the 1970s and 80s.