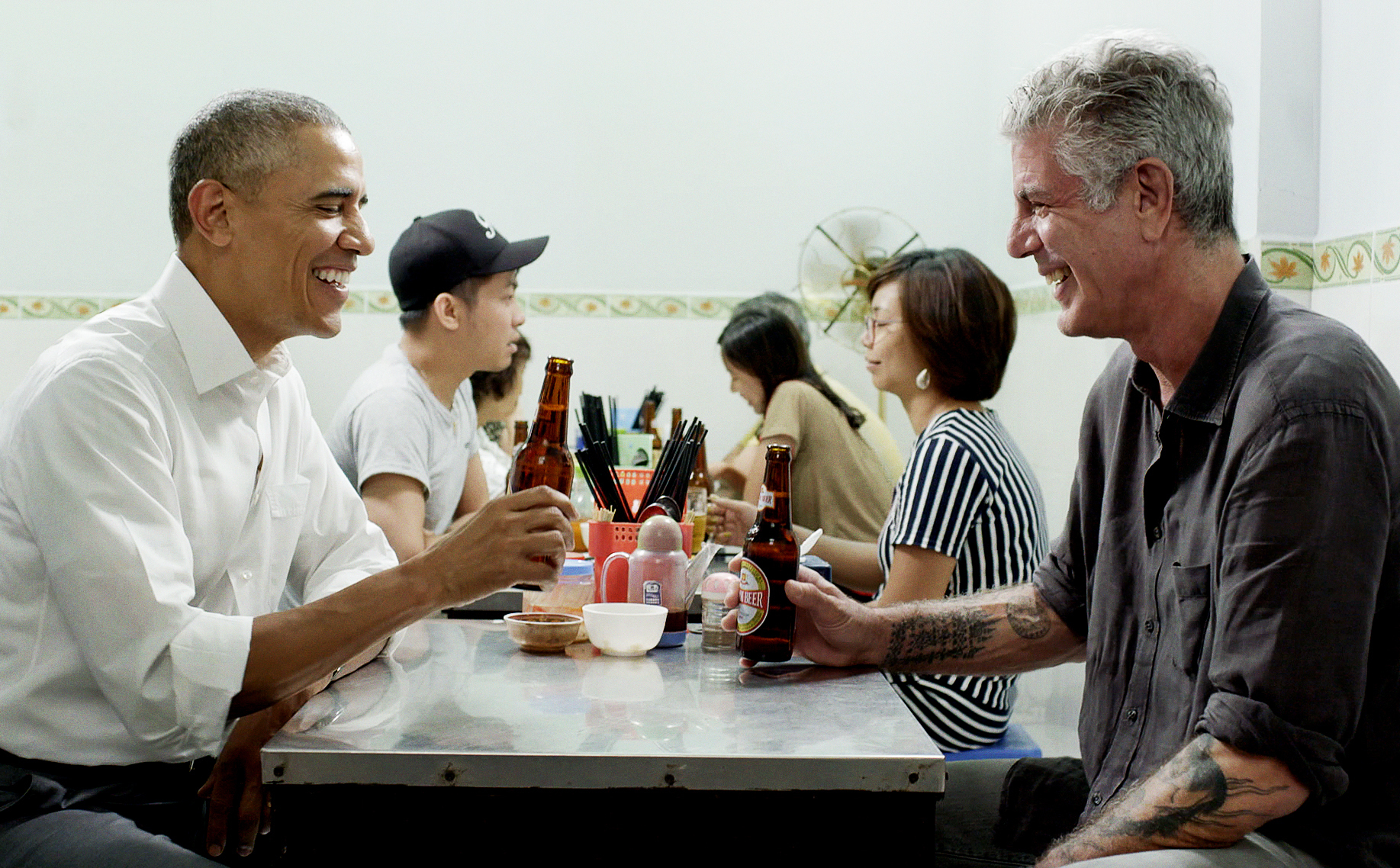 Airing just prior to the Hanoi episode, at 8pm ET/PT, is the latest edition of Prime Cuts, in which Bourdain recounts his favorite home-style meals from last season’s locations, the socio-political conflicts affecting some of the areas visited, the diverse beauty and musical offerings he encountered, and previews things to come in the next nine episodes.

Please click on the following link for a preview of season eight: http://cnn.it/1ItmSMU

Following are the locations and episode descriptions for season eight of Anthony Bourdain Parts Unknown:

Hanoi (airdate September 25:) Inspired by Graham Greene’s words “… whatever you’re looking for, you will find here…” Bourdain joins the throngs of locals as he motorbikes through Vietnam’s capital, traverses its rapidly changing cityscape, and indulges in its singular cuisine with president Barack Obama, who, over a dish of Bun Cha, shares personal stories and reflects on his own international travels.

Nashville (airdate: October 2) Bourdain absorbs the tastes, sights and sounds of music city, from chef Josh Habiger’s Catbird Seat and Bolton’s famous hot chicken, to a night of cooking, drinking and rocking out with singer Alison Mosshart, and her bandmates. The episode features performances by The Kills, Dead Weather and Margo Price.

Japan (airdate: November 13) Guided by world-renowned chef Masa Takayama, Bourdain’s return trip to Japan begins with a tour of outdoor food markets in Kanazawa where they sample uni, steak-sized oysters, and grilled eel liver, followed by a conversation with an ex-geisha at her teahouse, and comes full circle with a special omakase experience at Tokyo’s acclaimed Ginza restaurant, Sushi Ko, where Masa trained as an apprentice.

Minas Gerais, Brazil (airdate: November 20) Bourdain explores the Brazilian heartland, known as the region where all the best cooks come from, and namesake to the country’s mining history. Home to baroque architecture, lush hillsides and mineiro cuisine (influenced by Portuguese, African and Indigenous people), which includes frango ao molho pardo (broiled chicken served in a sauce made using its own blood), that the host samples during a traditional country meal.

*Buenos Aires (airdate: November 27) Bourdain’s trip to meat-centric Buenos Aires during the hot summer month of February, features a meal with chef Francis Mallmann at one of his favorite local spots, Don Carlito’s, and an after-hours soccer match accompanied by Soledad Nardelli and the kitchen staff of Chila.

Rome  (airdate: December 4) Bourdain’s Roman holiday takes a cinematic turn, influenced by his tour guides, actress Asia Argento, screenwriter/director Abel Ferrara, and a host of larger than life Romans who take him inside a Rome for the locals. Bourdain shares drinks at the ‘Friends Corner’ trattoria in Lido di Ostia, dines a traditional Roman meal at Trattoria Morgana, eats pasta and watches an amateur boxing match in the suburbs, and takes a trip to the famed E.U.R zone built by Mussolini.

*The Buenos Aires episode was originally scheduled to air in season seven but was pre-empted due to breaking news.

Each episode of Anthony Bourdain Parts Unknown will be available On Demand the day after the linear premiere on cable VOD and on CNNgo via iPad, Roku, AppleTV, Amazon Fire, and desktop at www.cnn.com/go

About ZPZ
Zero Point Zero Production, Inc. is a television, film and digital media company founded in 2003 by Executive Producers Chris Collins and Lydia Tenaglia, with partner and Managing Director Joe Caterini joining in 2009. Since its inception, the company has produced hundreds of hours of television in over 100 countries around the world, including the critically acclaimed, Emmy & Peabody Award winning series, Anthony Bourdain: Parts Unknown (CNN); the Emmy Award winning The Mind of a Chef (PBS) and Emmy nominated The Hunt with John Walsh (CNN).