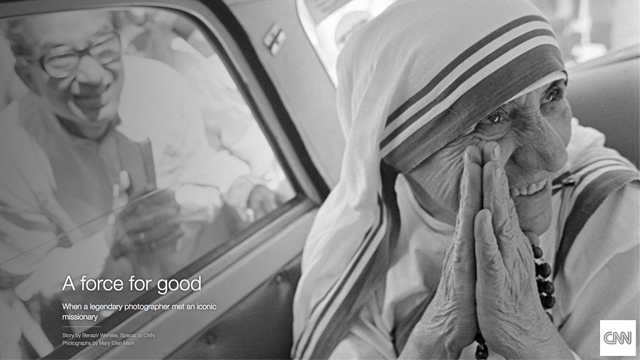 The photo series brings together two seemingly different women who share a commitment to understanding the people and the world around them. While neither of the woman are currently alive (Mark died in May 2015 and Mother Teresa died in September 1997), the treasured black-and-white photographs of their time spent together still live on.

Explore “A Force for Good” exclusively on CNN Photos as Mother Teresa is to be canonized by Pope Francis on September 4, 2016.