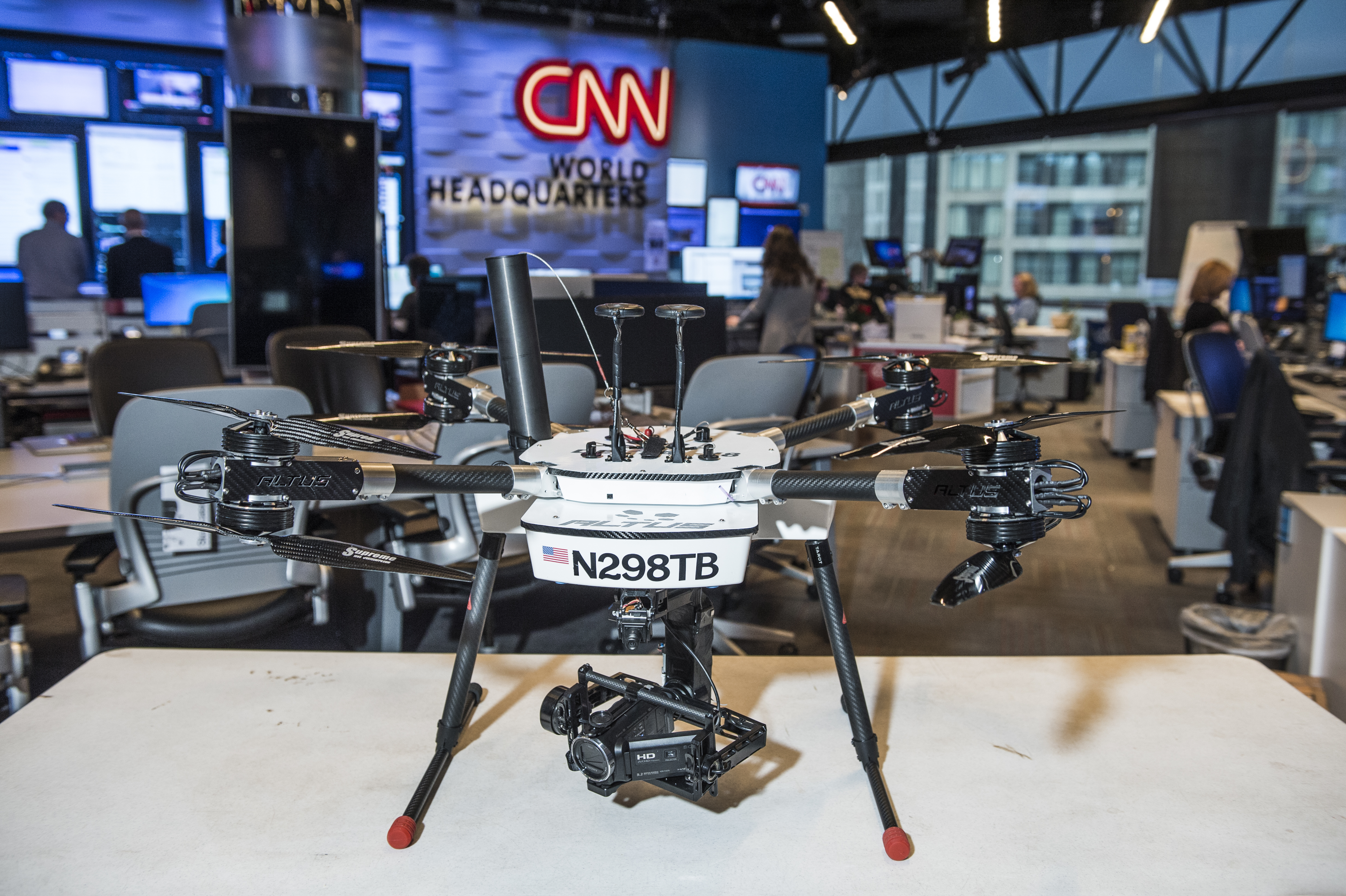 CNN announces today that it has become the first organization to be granted a waiver by the Federal Aviation Administration (FAA) to fly unmanned aerial systems (UAS) over people in the United States.

CNN received a certificate of waiver to operate the Fotokite Pro, a tethered platform that weighs less than two pounds, over uncovered people who are not directly participating in the UAS operation.  As part of the waiver approval process, CNN demonstrated to the FAA that its operations could be conducted safely.

CNN’s successful waiver application builds on its longstanding commitment to moving UAS policies forward for news organizations. In 2015, CNN was selected by the FAA as one of the first three industry “Pathfinders” to develop safe uses of UAS in newsgathering, particularly in urban populated areas. CNN recently announced CNN Aerial Imagery and Reporting (CNN AIR), a designated unit with two full-time UAS operators to fully integrate aerial imagery and reporting across all CNN networks and platforms, along with Turner Broadcasting and Time Warner entities.

“We are thrilled to receive the FAA’s approval to fly UAS over people,” said David Vigilante, Senior Vice President of Legal for CNN. “The use of UAS has huge promise for newsgatherers and consumers of news. The ability to fly over people is a huge step forward, and a necessary one as we cover the news where it happens. We look forward to continue to work in partnership with the FAA to move UAS policy boundaries forward for the industry.”

“Not only is this a milestone moment for CNN, this approval is a milestone for the commercial UAS industry as a whole,” said Lisa Ellman, Co-Chair of Hogan Lovells’ UAS Practice and Co-Director of the Commercial Drone Alliance. “Many of the most promising UAS uses require safe operation near and over people that might not be involved with the flight. CNN’s success paves the way for the rest of the commercial UAS industry as we seek to safely and broadly integrate commercial drones into our airspace.”