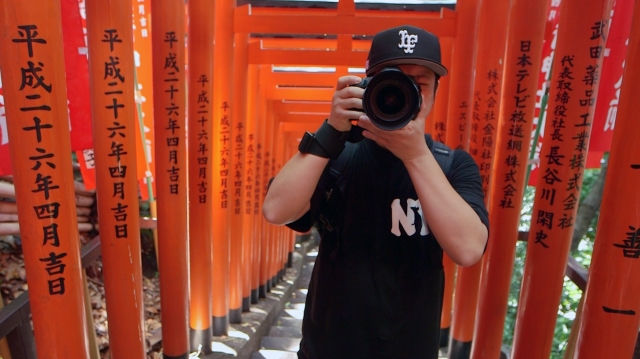 DISCOVER JAPAN ON CNN IN AUGUST

Japan is an island nation with distinctive architecture, historical temples and shrines, and glitzy shopping hubs. The country has long been famed for its cuisine, unique pop culture, and cutting edge technology. While the news has been filled with stories about its economic struggle after the 2011 Tōhoku earthquake, the nation still remains the world’s third largest economy. And after the Olympic Games wraps up in Rio de Janeiro this year, all eyes around the world will turn to Japan against the backdrop of preparing the 2020 Summer Olympics.

Tokyo is a city of contrasts. It is both old and new, fast and slow. While you may be familiar with the main sights, there is a newly discovered side of the city. In the CNN 30-minute special program, ‘Tokyo POV’, six leading bloggers from very diverse backgrounds share their favourite spots and an insiders’ perspective to Tokyo.

CNN goes on a culinary journey with two Michelin-starred chef, Shinobu Namae to discover how Japan’s rich history of hospitality is simply a way of life. One of the traditions at the heart of Japanese hospitality is the tea ceremony. Having introduced this service at his own Tokyo restaurant, L’Effervescence, he meets with a tea master to study the significance of this ritual.

He then travels to Japan’s original capital Kyoto, which still remains a cultural cornerstone of the country. At tea producer Marukyu Koyamaen, Namae gets a taste of the highest quality green powdered tea known as matcha and learns the delicate balance it takes to grow the best tea. As tea is an integral part of the traditional multicourse meal known as kaiseki, Namae visits two famed chefs to discover how tapping into seasonality is part of creating unforgettable culinary experiences for their guests.

For his final celebration, Namae heads back toward Tokyo to Terada Honke, a sake brewery that has been in operation for more than 300 years. As he picnics amongst the rice fields with a few friends, he honors the ingredients and craftsmanship of Japan with a childhood favorite food and of course, a final cup of matcha tea.

In the 30-minute program, ‘Innovative Cities’, CNN travels to five cities in Asia to explore their different approaches to innovation. In one of the five cities, CNN looks at how Japanese city of Fukuoka is creating an identity.

Fukuoka may not have the vibrancy of Tokyo, or the history of Kyoto, but this city on Japan’s southern island of Kyushu has its own unique asset: it is one of the youngest and fastest growing cities in the country. Soichiro Takashima, Fukuoka’s charismatic mayor, has a vision to make his city the start-up capital of Japan. CNN explores the ways Fukuoka is giving a boost to budding entrepreneurs.

CNN’s 15-min science and technology series heads to Japan to meet with possibly one of the greatest inventors: Yoshiro Nakamatsu, also known as Dr. NakaMats. The 88-year old scientist-turned-inventor has more than 3,000 patents to his name, including the floppy disk and the karaoke machine. After being diagnosed with cancer, he is now trying to invent his way out of his illness. CNN discovers the stories behind his inventions and technological breakthroughs that continue to shape our world.