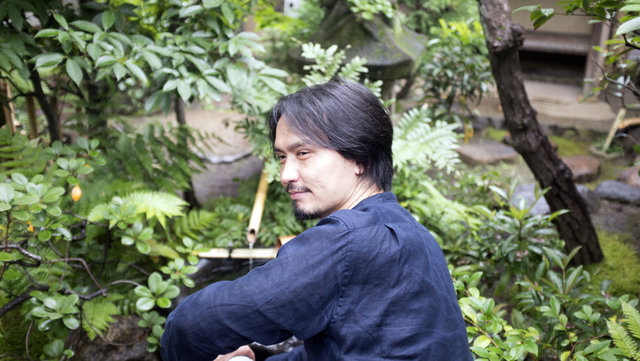 One of the traditions at the heart of Japanese hospitality is the tea ceremony. Namae has introduced this ritual at his own Tokyo restaurant, L’Effervescence, and he meets with a tea master to understand the significance of this ritual.

‘Culinary Journeys’ travels with Namae to Japan’s original capital, Kyoto ,which still remains a cultural cornerstone of the country. Alongside tea producer Marukyu Koyamaen, Namae tastes the highest quality green powdered tea known as Matcha, as he learns about the delicate balance it takes to grow the best tea possible.

As tea is such an integral part of the traditional multicourse meal known as Kaiseki, Namae visits famed chefs Yoshihiro Takahashi and Hisato Nakahigashi to discover how tapping into seasonality is part of creating unforgettable culinary experiences for their guests.

Namae then returns to Tokyo to visit Terada Honke, a sake brewery that has been in operation for more than 300 years. As Namae picnics amongst the rice fields with friends, he honours the ingredients and craftsmanship of Japan with a childhood favourite food and a final cup of Matcha tea. 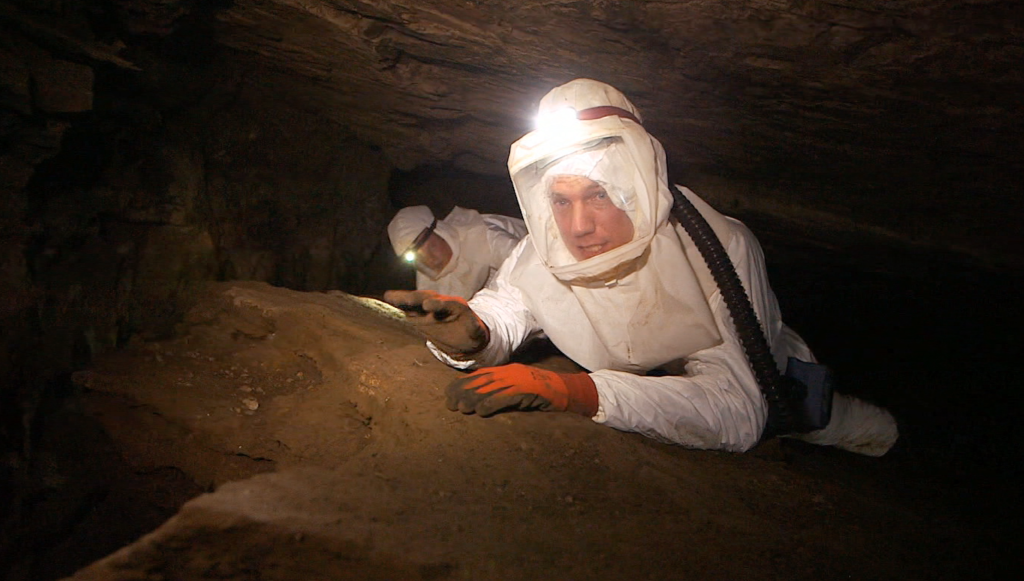 The path to the caves is slow and cumbersome, hindered by head-to-toe protective suits. As David McKenzie (pictured) discovers, the suits are the only things standing between safety and exposure as thousands of bats live inside the cave.

As the Grootboom Cave is so close to Johannesburg, any number of the bats could potentially be carrying a deadly pathogen. Known as zoonotic, these are diseases that can jump from animals to humans, which are responsible for viruses like SARS and MERS.

At a time where international travel has connected the world more than ever before, it takes a coordinated, global effort to prevent a widespread outbreak. McKenzie hears about the CDC’s work in following virus hunters as they work to protect members of the public. 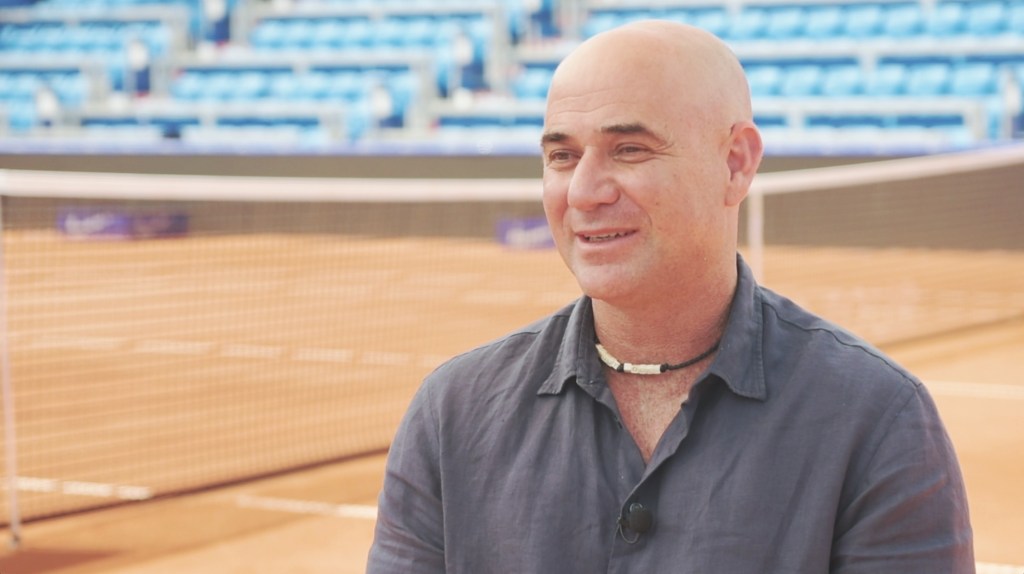 ‘Open Court’ in August prepares for the final grand slam of the year, the US Open by interviewing two champions who have lifted the trophy at Flushing Meadows.

Hosted by Pat Cash, ‘Open Court’ in August prepares for the final grand slam of the year, the US Open interviewing two champions who have lifted the trophy at Flushing Meadows.

‘Open Court’ sits down for a rare interview in Croatia with two-time US Open winner and Grand Slam great Andre Agassi (pictured). Ten years on since his retirement, the programme catches up with Agassi to see how he’s adjusted to life off the court.

Speaking on the sidelines of the Rio Olympics, ‘Open Court’ hears Graf’s thoughts on Serena Williams’ attempts to break the record they both currently share.

In New York, ‘Open Court’ visits one of the US Open’s original courts at Forest Hill in Queens, where the tournament was held until 1978.

‘Open Court’ travels to Rhode Island to see first-hand how the US Open trophies are made, following the process from start to finish. 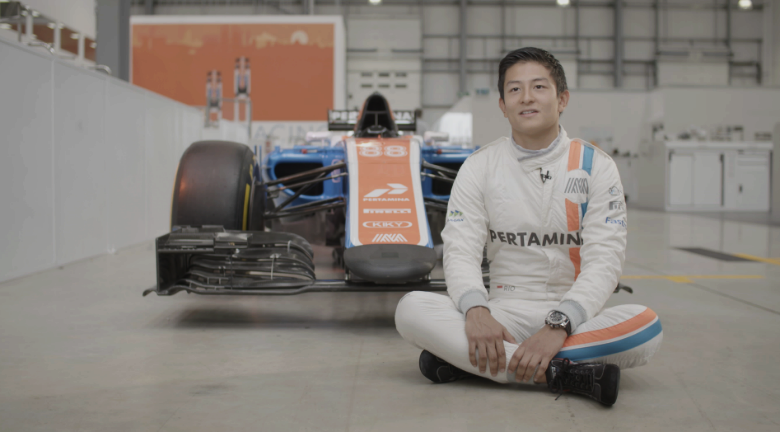 With the summer break in Formula One now on, ‘The Circuit’ in August recaps on the season so far featuring former drivers David Coulthard and Mark Webber, who give their own personal highlights.

The programme meets Indonesia’s first ever Formula One driver Rio Haryanto (pictured), who reveals some unique challenges that come with the achievement.

‘The Circuit’ also profiles the mechanics, often unsung heroes in the sport, who’ve been working their magic at Haas F1 in Oxfordshire, England.

The programme also looks ahead to one of the most iconic races on the Formula One calendar, the Belgian Grand Prix at Circuit de Spa-Francorchamps, through the lens of F1 photographer Darren Heath. 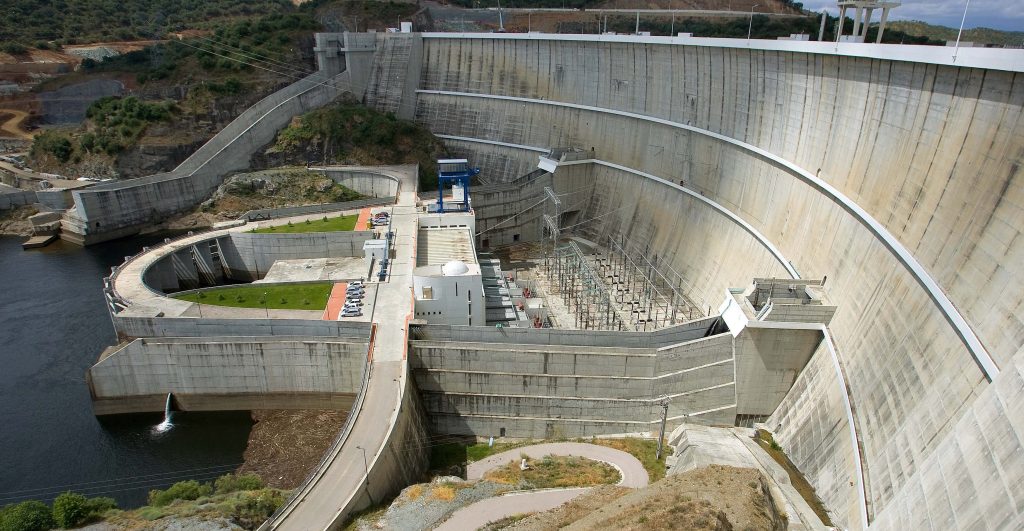 Hosted by Isa Soares, the second episode of the series focuses on Portugal, a country using unique energy production methods.

In May 2016, the Portuguese nation ran for four and a half days using clean energy alone. Replacing finite fossil fuels and its carbon emissions is a long-held goal of global governments, and some nations are blessed with an abundance of natural resources.

Portugal shines because it is turning its fortunes around: huge investment in onshore wind and hydro has buoyed the network.

‘Eco Solutions’ visits the Alqueva Dam where green energy is stored and released on demand, ensuring a seamless supply of renewable energy when all sectors are firing.

‘Eco Solutions’ also meets the people behind Coopérnico, a solar cooperative encouraging individuals to install solar panels. The dream is that the summer sun will help power the Portuguese into a brighter future, even exporting clean energy to its neighbours.

In August, ‘Make Create Innovate’ reports from Japan, perhaps the most inventive country in the world.

The 88-year old scientist-turned-inventor has more than 3000 patents to his name including the floppy disk and the kerosene pump. After being diagnosed with cancer, Nakamatsu is now trying to invent his way out of his illness.

‘Make Create Innovate’ learns that Nakamatsu has once again turned to his creative mind by devising his own treatment regime, whilst looking to help educate the next generation of Japanese inventors. 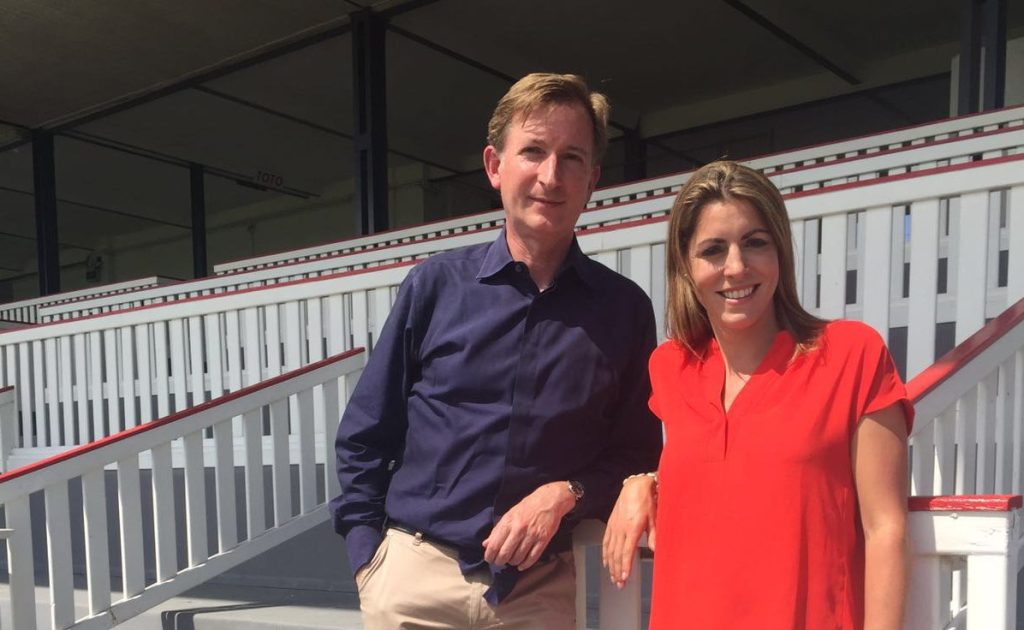 In August, ‘Winning Post’ experiences the splendour of the Hoppegarten in Germany, host to the prestigious Grosser Preis von Berlin. A highlight of the German racing calendar, this is where Germany’s horse lovers descend on mass to the beautiful, lush green race track.

Located just outside the capital city, the track has been home to some of the greatest racing classics since 1868. Since German reunification in 1990 its fortunes have been mixed, but new investment has emerged and host Aly Vance (pictured, right) meets the old and new guard of the track as they come together to put the Hoppegarten back on the racing map.

‘Winning Post’ also reports from Gorlsdorf, one of Germany’s oldest studs to meet the owners, the Bischoff family, spending time with Gerhard Schöningh (pictured, left), a London based German banker, the new owner.

Vance meets one of Germany’s most up-and-coming jockeys, Dennis Schiergen who explains his love of the track alongside Artur Boehlke, who began work as a messenger at Hoppegarten in 1948.  Boehlke explains how life used to be in the former German Democratic Republic to Vance.