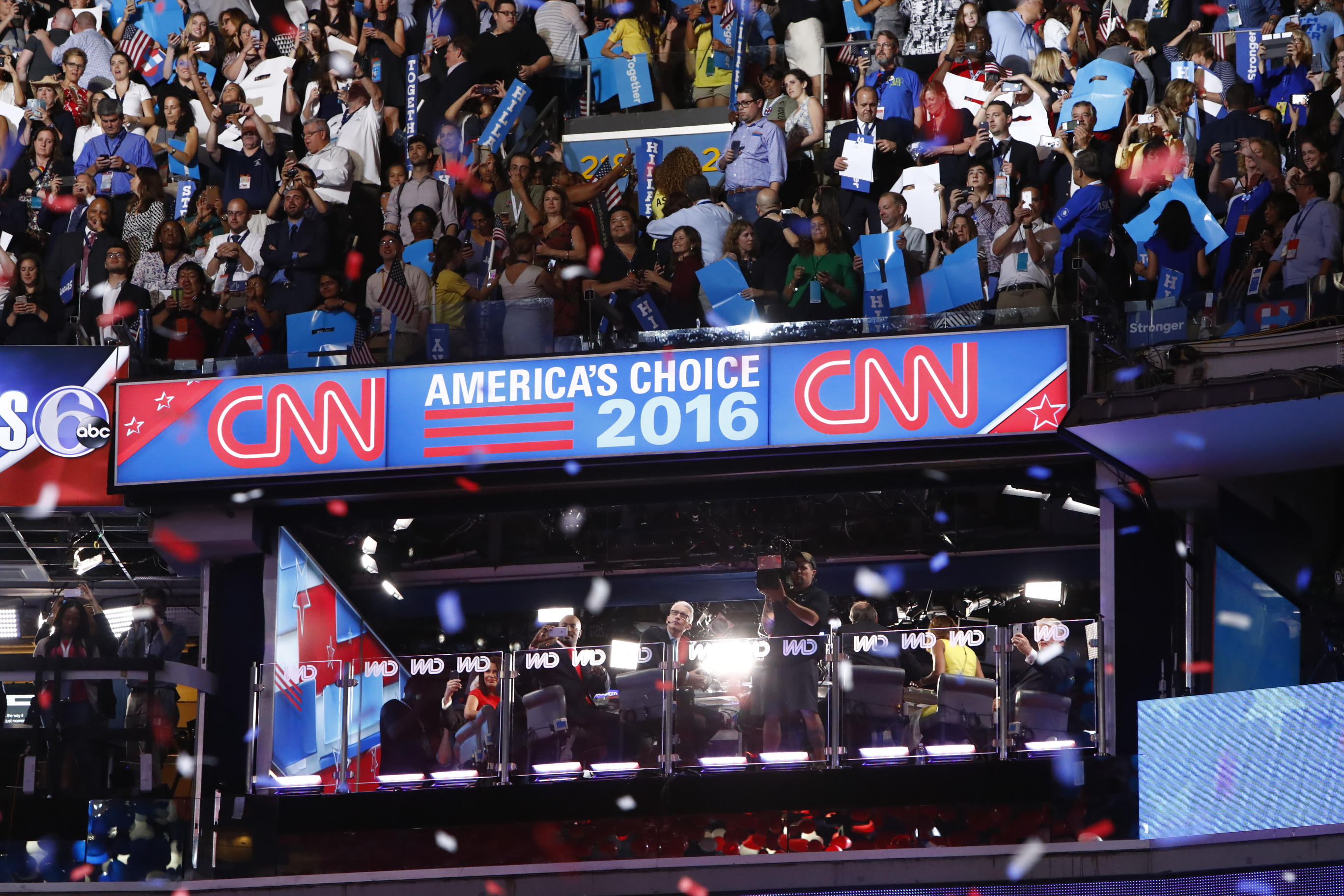 CNN Dominates All Nights of DNC

On the fourth and final night, CNN outperformed all the cable and broadcast news channels once again and by wide margins in both total viewers and adults 25-54.

In Prime 8p-11p, CNN delivered the highest DNC day performance on record (back to 1996) in cable news among total viewers.

On CNNgo, the 2016 DNC outperformed the 2016 RNC, averaging a double-digit increase across all live stream metrics on all platforms. The final day of the DNC Convention also ranked in the top five of Roku and Fire TV all-time live starts.