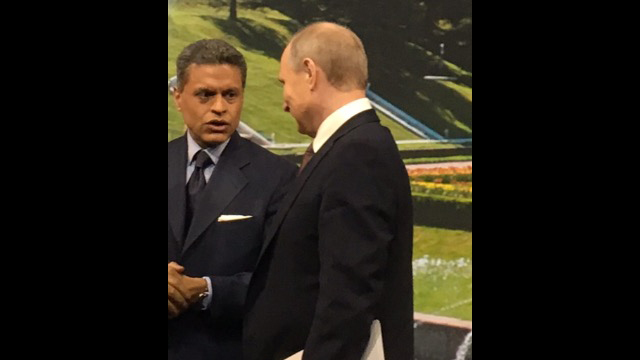 Putin to Fareed Zakaria: ‘The U.S. is a great power. At the moment, it is probably the only superpower and we accept this fact’

At 1:00pmET on CNN/U.S., a special edition of CNN’s FAREED ZAKARIA GPS features a wide-ranging discussion with Russia’s President Vladimir Putin on the subjects of U.S.-Russian relations, the European Union, the 2016 U.S. election, the extended conflicts in Ukraine and Syria, and doping allegations against Russian athletes hoping to go to the 2016 Olympic Games.

Italy’s Prime Minister Matteo Renzi discusses the potential ‘permanent’ impact on Europe for a potential ‘Brexit’ vote; and Kazakhstan’s President Nursultan Nazarbayev discusses the possibility of a female president in his country in the future.