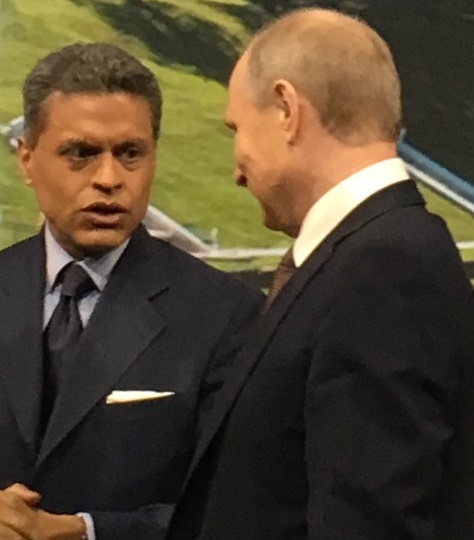 Topics covered in Zakaria’s discussion with Mr. Putin included the sanctions imposed upon Russia by Europe and the U.S., Russia’s relationship with Ukraine, the American presidential election, doping allegations against Russia’s Olympic athletes, ‘Brexit,’ U.S.-Russia relations, the extended conflict in Syria, and more.

This special edition of CNN’s FAREED ZAKARIA GPS was taped in St. Petersburg, Russia and will be broadcast on CNN/U.S. and CNN International.  Portions of the discussions will broadcast first across CNN’s television, mobile, and digital platforms on Friday and throughout the weekend.

In the United States (all times Eastern Daylight Time):

In Hong Kong (all times HKT):