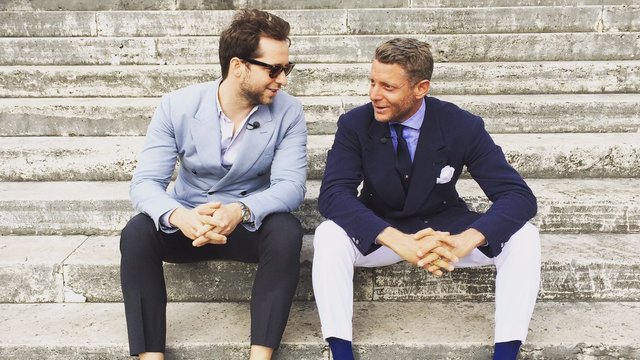 CNN’s monthly programme for global stories around the world of art, design, fashion and luxury, ‘CNN Style’ continues in June.

Italian fashion designer Valentino Garavani once dubbed the “Last Emperor”, and his partner Giancarlo Giametti have created a new version of the Opera “La Traviata” which takes to the stage at the Teatro dell’Opera di Roma. The performance is directed by Academy Award winning director, Sofia Coppola and features costumes designed by Valentino’s Creative Directors Maria Grazia Chiuri and Pierpaolo Piccioli.

‘CNN Style’ goes behind the scenes as the finishing touches are laid, and then take a front-row seat at the star-studded premiere.

The programme also meets a rising star in the world of contemporary art – Pietro Ruffo, and discovers the undying art of silk-production at the country’s oldest surviving workshop – whose fabrics have adorned an array of Renaissance Princes and even the Pope.

All this – and more – in the brand new ‘CNN Style’ series on CNN International. 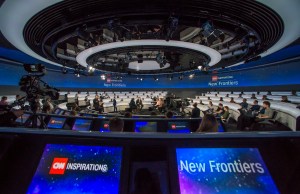 In a special programme recorded at the McLaren Thought Leadership Centre, ‘CNN Inspirations’ invites viewers to meet modern day explorers – the scientists and adventurers who are navigating the world, making new discoveries, and harnessing the power of technology to make exciting new breakthroughs.

Hosted by Max Foster and Samuel Burke, ‘CNN Inspirations’ invites these explorers to present their findings and discoveries in front of an audience of over 100 young people with an interest in science and adventure.

‘CNN Inspirations’ brings viewers up close to these modern day explorers, using a 360 degree screen to showcase their discoveries and pass on their knowledge to the best possible effect. 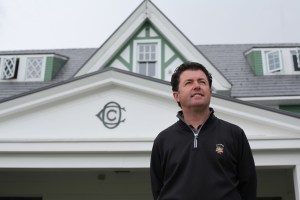 ‘Living Golf’ in June reports from the East Coast of the United States to preview the second major of the year, the US Open.

Host Shane O’Donoghue (pictured) is at the site of the tournament, the historic Oakmont Country Club, to relive some of the seminal moments from the past, including the classic encounter in 1962 between home favourite Arnold Palmer and a then rising star, Jack Nicklaus.

The US Open is considered by many as the toughest slam to win due to its tight fairways, heavy rough and fast greens; the slightest error can be crucial. O’Donoghue visits North Carolina to meet the 2006 winner, Australian Geoff Ogilvy, to find out what it takes to win this prestigious event.

‘Living Golf’ also reports from New Jersey, where O’Donoghue meets the man in charge of the US Open, United States Golf Association’s executive director Mike Davis, to look at the plans and preparations for this year’s tournament. 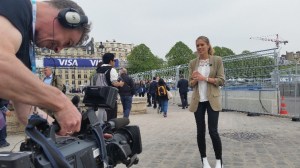 CNN’s electric car racing programme ‘Supercharged’ brings viewers all the action from behind-the-scenes of the Formula E circuit, this month from Berlin, Germany, where the race takes place in the Alexanderplatz, transformed into a bespoke new venue for Formula E.

‘Supercharged’ host Nicki Shields (pictured) brings viewers all the action from the competition, along with driver interviews and commentary from the pit lane.

Shields catches up with the two German driver Daniel Abt, eager to gain points in his home race.

The large public square has come to symbolise reunification of the city. Once divided from the west, it has now retaken its place at the heart of Berlin, as a meeting place and transport hub. On this occasion, the trams and buses, cars and trains, are silenced by the hum of Formula E.

Abt meets Shields in his hometown of Kempten, where his father and his grandfather before him, built careers in motorsport. Abt shares some of his family history with the programme, before giving ‘Supercharged’ a tour of Abt Sportsline, the company founded by his family to develop racing car components.

In the days leading up to the race, Shields also interviews Jerome D’Ambrosio in Berlin. Together Shields and D’Ambrosio survey the city from the top of the TV Tower.

Whilst in Germany, ‘Supercharged’ is given the chance to visit some of the country’s technological hubs working in the electric vehicles sector.

In Munich, Qualcomm’s developments in wireless charging are promising to revolutionise the charging experience. In Stuttgart, Bosch, more commonly known for household appliances, are also at the forefront of developing cutting edge car components.

Shields experiences taking a driverless car on the autobahn, and meets the engineers at Bosch working on advancements such as regenerative braking: a mechanism which stores kinetic energy.

‘Supercharged’ also includes all the news from the paddock and a full race report from the Berlin E-Prix.