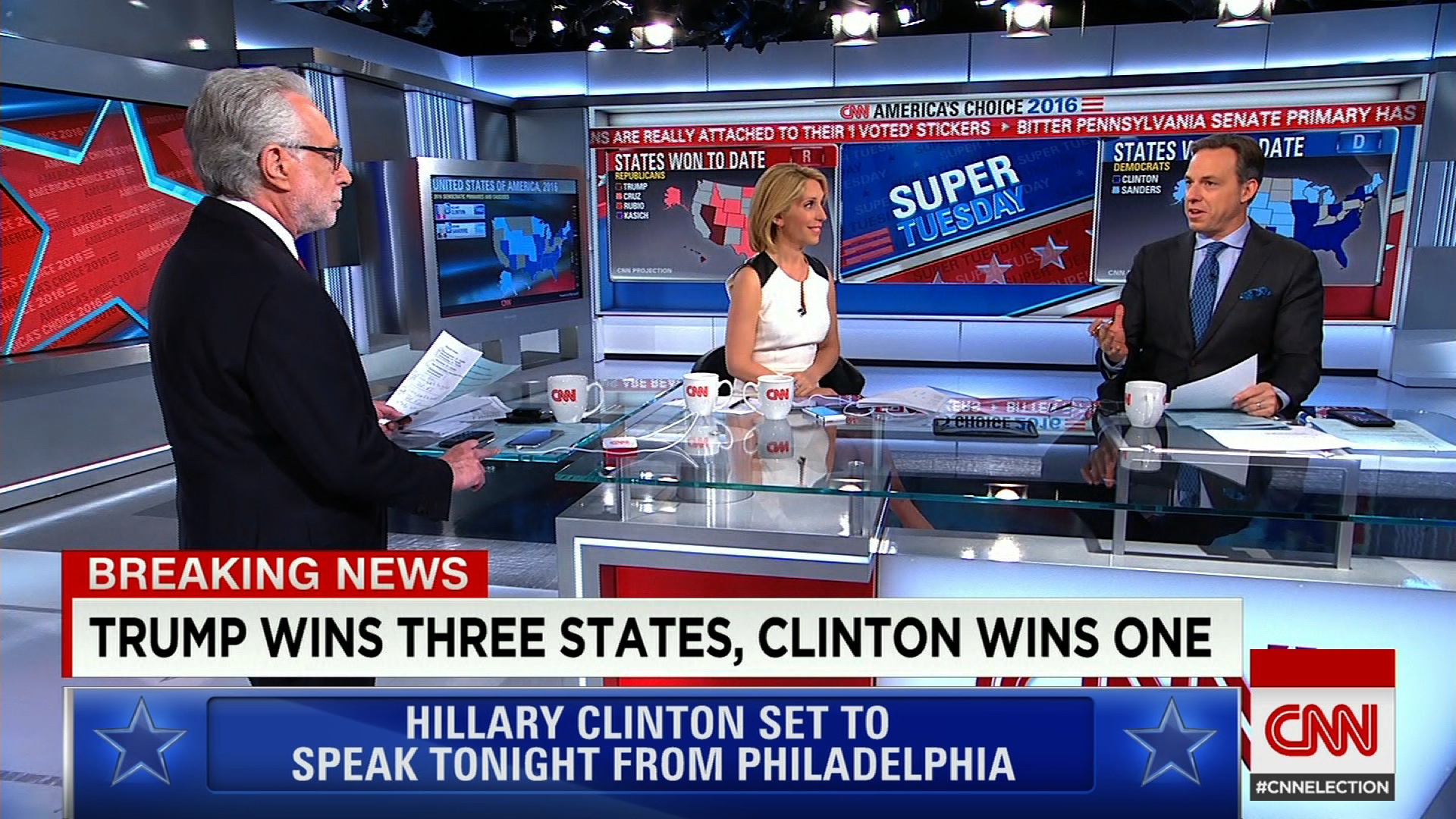 CNN #1 Again in Prime Time and Throughout Coverage Block

Users flocked to CNN across platforms on Super Tuesday 4, with 15 million unique visitors turning to CNN Digital. The day registered as one of the top ten days across all primaries and caucuses dating back to 2008. CNN Digital also saw 11 million video starts and 87 million page views throughout the day.