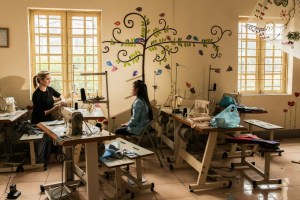 Imagine if the only way to escape a forced marriage was to abandon your own child. That’s the reality for some Vietnamese young women. Tricked into crossing the border by traffickers, they were sold for marriage to Chinese men. China’s one-child policy has led to a shortage of women and a thirst for Vietnamese brides. CNN International correspondent Alexandra Field speaks to escapees about their ordeal and goes to the border to see just how easy it is to smuggle women between the two countries.

Five girls… saved just in the nick of time. At a government support center on the Vietnamese-Chinese border, CNN’s Alexandra Field meets five 14-year-old girls saved by the police as traffickers were taking them across the border. She explains how they were lured into danger and sees an emotional reunion between a mother and daughter who were not so lucky.