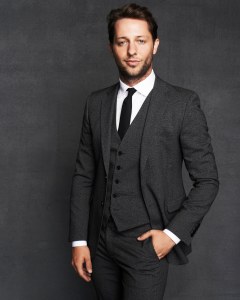 CNN’s new home for global stories around the world of art, design, fashion and luxury, ‘CNN Style’ continues in May.

Launched in April, ‘CNN Style’ brings the worlds of art, luxury, fashion, autos, architecture and design to life for a global audience. Hosted by journalist and author, Derek Blasberg (pictured), ‘CNN Style’ attends the definitive events in the style calendar throughout the year, with exclusive access to the biggest names in the industry.

The second episode of the series goes behind the scenes at two of the most high profile events in the cultural calendar- the Met Gala in New York, and the Salone del Mobile in Milan – to discover the cutting edge in the world of fashion and product design.

‘CNN Style’ takes to the red carpet, as Oscar winning actors, fashion designers and music moguls descend upon the Metropolitan Museum of Art in New York, for what has become the undisputed party of the year in the city’s social calendar.

The ball marks the opening of Manus x Machina – an exhibition exploring the vital role of technology in fashion. ‘CNN Style’ speaks to curator Andrew Bolton about how designers are reconciling the handmade and machine-made in works ranging from embroidery and lace work to 3D printing and ultrasonic welding.

‘CNN Style’ in May also heads across the Atlantic to visit Amsterdam and the world’s leading design fair- the Salone del Mobile in Milan.

At the opening party, hosted inside the iconic La Scala theatre, ‘CNN Style’ mingles with celebrities, designers and collectors to discover what makes the Salone del Mobile so special, and asks why Italy continues to be at the forefront of design.

In Amsterdam, ‘CNN Style’ visits Iris van Herpen, the pioneer of a high tech movement. Resembling everything from insect exoskeletons to dismembered accordions, van Herpen’s clothes utilize technology to an extent rarely seen outside of a laboratory.

The Dutch designer has collaborated with architects and scientists to develop materials and techniques including leather grown from cow cells, shape-shifting textiles triggered by heat and light-refracting fabric that renders the wearer invisible.

All this – and more – in the brand new ‘CNN Style’ series on CNN International. 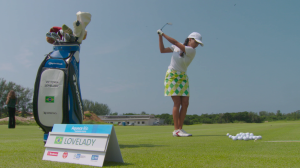 In May, ‘Living Golf’ reports from Rio de Janeiro in Brazil, and Lausanne in Switzerland to profile golf’s re-introduction into the Olympics after a 112-year hiatus.

It’s a hot topic in the sport. Will golf be a success in the Games? What legacy will it leave? Should the sport really be part of the Olympic movement?

‘Living Golf’ showcases some interview highlights with Rickie Fowler, Padraig Harrington and Suzann Pettersen to get their thoughts.

In Rio, the programme examines how plans are progressing both on and off the course, covering an Olympic test event, featuring a number of top Brazilian players.

After various issues caused delays in construction, the test event is the first chance for the outside world to see the course designed by Gil Hanse which will take centre-stage in August.

O’Donoghue examines the key decisions Dubi and Scanlan have had to implement to make the sport not only a success in Rio, but also leave a lasting legacy at a time when popularity in the game is said to be in decline.

Back in Rio, ‘Living Golf’ spends time with Victoria Lovelady (pictured), one of Brazil’s top-ranked female golfers. Lovelady takes the programme on a tour of the city, to show what it has to offer ahead of this summer’s games.

In a football-mad country, golf is very much a minority sport, so Lovelady explains how she plans to make the most of her time in the spotlight.

‘Living Golf’ also profiles the Japeri Golf Club, a public course on the outskirts of Rio to find out what influence the Olympics will have on the city’s poorer neighbourhoods. 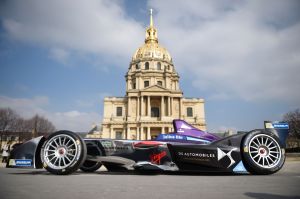 This episode reports from the next race on the Formula E calendar in Paris, as the city lights up for its first ever EPrix. Organised automobile racing began in France in 1894, and now in 2016 it witnesses the future of the sport.

The Paris circuit is based around one of the city’s landmarks, Les Invalides, and in the shadow of the Eiffel Tower. ‘Supercharged’ meets Jean Todt, the head of the FIA governing body, to discuss the importance of Formula E to the future of motorsport, and the effort required to bring Formula E to the streets of the capital.

‘Supercharged’ profiles the iconic French racing team, Renault. Host Nicki Shields meets Nico Prost, driver for Renault and son of four-time Formula One World Champion, Alain Prost. Shields drives Prost around the streets of Paris, and learns and what it’s been like to continue his family’s legacy in racing.

‘Supercharged’ visits Renault’s research and development facility to interview engineer Vincent Gaillardot, and learns how the sport is impacting their passenger car design. Gaillardot has been involved in motorsport since he was a racing engineer for Michael Schumacher in 1995, and he explains to Shields why he feels Formula E is the future.

With the limited ease of charging being a setback for electric passenger cars, Shields meets Yoann Nussbaumer, the French CEO of ‘Charge Map’, to learn more about the issue. ‘Charge Map’ is a community driven map of charge points globally. Nussbaumer shows Shields how the app works, and analyses the global availability of charge points. Once taught how to find her nearest electric plug-in, Shields takes Nussbaumer for a drive around the French capital.

Returning to the track at Hotel Nationale des Invalides , Shields walks the track with Stephane Sarrazin, French driver for the Venturi team, and ‘Supercharged’ wraps up with a full race report from the Paris E-Prix.