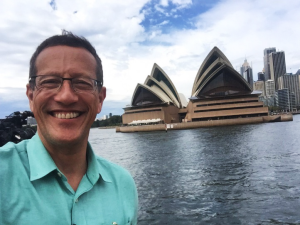 In April, ‘CNN Business Traveller’ shows how far people can go on the world’s expanding range of budget carriers.

The trip follows the rules set by the Guinness World Records on what constitutes a round the world trip, with the addition that Quest must only fly on low-cost carriers and in economy seats only.

Over the course of the trip, Quest interviews a number of airline CEOs, including AirAsia’s Tony Fernandes, and explores the different inflight services provided by airlines. At each location, Quest is set challenges, such as trying a local delicacy or visiting a famous landmark.

This study of low cost airlines aims to show which airlines are offering both service for those travelling on business, but also on a budget. 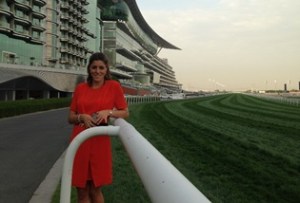 This month, ‘Winning Post’ goes down under to the East Coast of Australia for the world renowned Queen Elizabeth Stakes.

Host Aly Vance (pictured) meets Michelle Payne, one of the most renowned female jockeys, to see how life has changed since her historic win at the Melbourne Cup last year. Payne talks about what it is like to ride among the best at the highest level of the sport and her excitement for the Queen Elizabeth Stakes. Payne also reveals to ‘Winning Post’ her hopefuls and favourites for one of the world’s richest horse races.

Vance goes behind the scenes and meets the scientists responsible for the production of the new modern helmets, introduced to improve safety for jockeys by a staggering 40 – 50 percent.  ‘Winning Post’ discovers what scientific technologies are used to create these helmets, and talk to NSW Racing CEO Peter V’Landys about the importance of safety in horseracing.

‘Winning Post’ heads to the Group One Longines Queen Elizabeth Stakes, the world’s richest 2000m-turf race. With $4 million in prize money, Sydney sees some of Australia’s best thoroughbreds descend on the state’s premier track. Vance catches up with trainer Chris Waller and jockey Hugh Bowman as they prepare to compete in one of the toughest and most exciting races in the world. 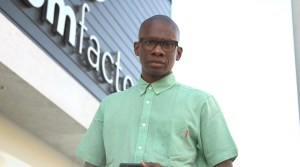 In the latest episode of ‘Passion to Portfolio’, the programme explores multi-million dollar businesses, auctioning some of the world’s most exquisite art and working with heavy-hitters like Naomi Campbell, Orlando Bloom and Lady Gaga.

‘Passion to Portfolio’ meets Troy Carter, the founder and CEO of the Atom Factory, a talent management company in Los Angeles, that’s represented Grammy winners John Legend, Meghan Trainor and Eve, among others.

Carter says his mission is to “work with people who are trying to change the world.” ‘Passion to Portfolio’ hears Carter’s best business tips for branding and marketing. 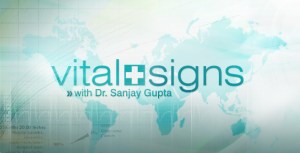 In April, ‘Vital Signs with Dr. Sanjay Gupta’ examines the heart, and how technology is aiding both surgeries and transplants around the world.

‘Vital Signs’ meet Mia Gonzalez, a child who suffered breathing problems and was constantly in hospital. By the time she was four years old, doctors had solved the mystery – it was a rare heart condition.

The programme hears how risky the operation was, but how a 3D printer would ultimately provide some clarity to a complex situation.

‘Vital Signs’ learns how having an exact model of Mia’s heart allowed the surgeons in Miami to create a plan long before they operated on Mia.

‘Vital Signs’ discovers that this is just another way heart surgery is changing today.

From robotic heart surgery in Abu Dhabi, to a transplant system that keeps the heart warm and beating outside the body, technology is changing the way hearts are saved around the world. 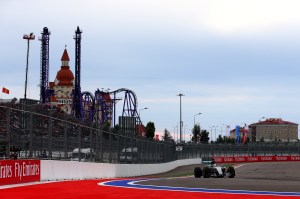 In April, ‘The Circuit’ travels to Russia’s Black Sea resort of Sochi to explore how the nation has taken to Formula One since its debut three years ago.

Host Amanda Davies gets a tour of the Olympic Park circuit with Russian driver Daniil Kvyat.

The programme also profiles the ‘Flying Finn’, Williams driver Valtteri Bottas back home in Finland, and Force India’s Nico Hulkenberg reveals to ‘The Circuit’ what it takes to succeed in Formula One ahead of his 100th race in the sport. 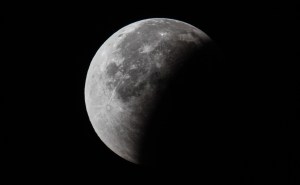 In this month’s edition of ‘Make, Create, Innovate’, a series which explores new inventions and technologies, the programme casts its eyes up to our closest celestial neighbour and the only other world man has set foot on; the moon.

‘Make, Create, Innovate’ meets the last man to have walked the lunar surface, Captain Gene Cernan, who reveals how his experience was almost spiritual and how space exploration can unite people in a way that nothing else can.

The programme travels to the European Space Agency to see how they are leading efforts to put man back on the moon once again, and ‘Make, Create, Innovate’ examines the robots, rovers and 3D printed habitat that would form a lunar colony.