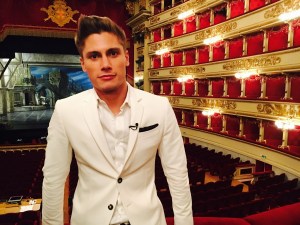 In the latest episode of CNN’s travel series, ‘In 24 Hours’, host James Williams (pictured) explores one of the most overlooked of all Italian cities – Milan.

A hive of innovation and inspiration, Milan is also the “go to” destination for fashion, design and style.

The first stop for Williams’ journey on ‘Milan In 24 Hours’ is a pit stop at Monza, home to the Italian Grand Prix. Williams is behind the wheel of a brand new Ferrari 488 Spider. The luxury wheels contrast nicely with a more humble – but equally stylish ride – as Williams traverses Milan on another Italian icon, a classic Vespa scooter.

As noon looms, Williams heads to the woods to hunt for gastronomical delights – with the help of a truffle dog called Rocky.  With a pocketful of the white Alba variety, Williams heads to Tarfufi and Friends, a restaurant dedicated to the rare delicacy. Williams is served a scrumptious three-course truffle feast.

Next up, a bespoke fitness session – with AC Milan midfielder, Kevin Prince Boateng, who puts Williams through his paces at the club’s training ground. After training, Williams is given a tour of AC Milan’s HQ, Casa Milan, by Barbara Berlusconi, the daughter of former Prime Minister Silvio, owner of the club.

From football to fashion, ‘Milan In 24 Hours’ is front row at Milan Fashion Week for the catwalk shows of DSquared2 and Giorgio Armani – meeting the master himself in an exclusive back-stage interview.

At dusk, Williams catches up with the DSquared2 designers – Canadian identical twins Dean and Dan Caten – at their prestigious rooftop bar, Ceresio 7.  Fashion and fun is a recurring theme in Milan, as is culture, so it’s fitting that the day ends at a theatre that has hosted some of the world’s greatest performers, the incredible Teatro alla Scala.

‘Milan In 24 Hours’ concludes with an exclusive tour of the theatre by the revered ballet dancer, Roberto Bolle. 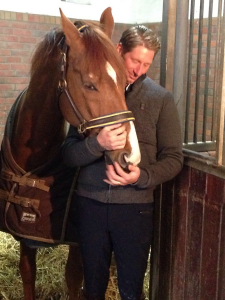 Patrik Kittel with his horse Scandic

The programme in April comes from Gothenburg, Sweden, as past, present and future Olympic hopefuls descend on the Scandinavium Arena for an equestrian showdown.

‘CNN Equestrian’ delivers all the action as the champions are crowned in the Longines FEI World Cup Jumping and the Reem Acra FEI World Cup Dressage Finals.

The programme meets two of Sweden’s finest equestrian athletes, who offer a unique insight into the mind of both horse and rider as they prepare for the finals, Henrik von Eckermann and dressage rider Patrik Kittel. At their pre-Gothenburg training camps, both riders share their hopes, fears, superstitions and top level tips on what it takes to compete at the highest level of equestrian sport.

‘CNN Equestrian’ takes von Eckermann back to where he was first mesmerised by the sport of Jumping and hears from Kittel on the pressures of competing in his home country, as well as being official ambassador for the Gothenburg Horse Show. 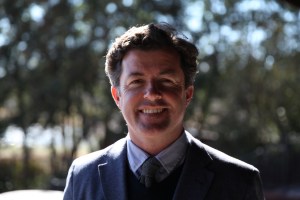 ‘Living Golf’ in April comes from the United States and France, to profile the first big major of the year, The Masters.

Host Shane O’Donoghue (pictured) examines the tournament favourites, in particular Rory McIlroy. If McIlroy triumphs, the Northern Irishman will become only the sixth player to complete the career Grand Slam of Masters, US Open, Open and PGA Championship titles. The programme reflects on who have achieved this feat and those who’ve fallen agonisingly short.

‘Living Golf’ visits the Augusta Chronicle, one of America’s oldest newspapers, to examine the symbiotic relationship between The Masters and the media. The programme discovers that The Masters actually chose the start of the tournament in early April to coincide with writers travelling back from covering Baseball’s spring training in Florida.

O’Donoghue visits Atlanta, Georgia, to follow in the footsteps of the man who helped design the Augusta National course and co-formed The Masters tournament- the great Bobby Jones. Jones was as famous as Babe Ruth almost a century ago, becoming the only player to win the Grand Slam in the same calendar year in 1930.  Incredibly, he retired from competitive golf at the age of 28. Just three years later Jones had built the course and set up the tournament that is so well-known and admired today.

Jones remained an amateur throughout his playing career and was keen for The Masters to keep the link to this area of the game alive. Each year several amateur champions are invited to not only play in the tournament but also stay in the esteemed clubhouse.

O’Donoghue travels to the South of France to meet Romain Langasque who, as the reigning British Amateur champion, will be making his Masters debut in 2016. 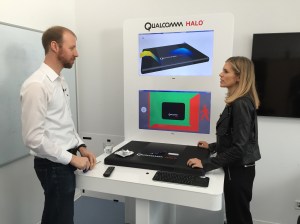 CNN’s new electric car racing programme ‘Supercharged’ brings viewers all the action from behind the scenes of the Formula E circuit.

In April, the show reports from the next race on the Formula E calendar, the Long Beach Circuit, California.

Host Nicki Shields (pictured, right) takes a tour of the Long Beach Port, otherwise known as the “Green Port” to witness its all-electric mechanisms. The port is filled with boats that are docked and unloaded with electric systems, and the trucks that carry away cargo run on clean fuel. Old diesel trucks are now banned.

Away from the race weekend, ‘Supercharged’ visits the Qualcomm offices in Munich, Germany to learn more about wireless charging: a process which will help get more drivers into electric cars in the future. Once charging is more readily available, electric cars become a more viable option in the city.

The Long Beach Grand Prix was where his father Nelson Piquet won his first Formula 1 title in 1980. Can Piquet Junior continue the family advantage? 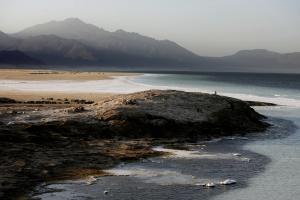 A fresh, sophisticated look, combined with a story-driven narrative promises a programme which will unlock the mysteries behind the continent.

The first of the new programmes comes from the Republic of Djibouti, one of the driest countries in the world, with volcanic eruptions and receding waters creating a space-like landscape of jagged limestone chimneys.

Djibouti is also the homeland of an ancient tribe who have lived and roamed this harsh, desolate countryside for centuries: the Afar. These people are masters of adaptation, surviving for centuries in one of the hottest places on earth. And now, they’re looking to the future.

Near Lake Assal, the lowest point on the African continent at around 155 meters below sea level, is the meeting point of three tectonic plates. Here, in the shadow of a volcano, geologists hope to develop geothermal electricity.

The local Afar tribe are tapping into their ancestral roots and once again adapting to change, by using the brutality of the landscape to their advantage to attract tourists. The geological formations formed a millennia ago are opening up new realities for the Afar tribe so they can continue to survive in one of the harshest landscapes on earth.