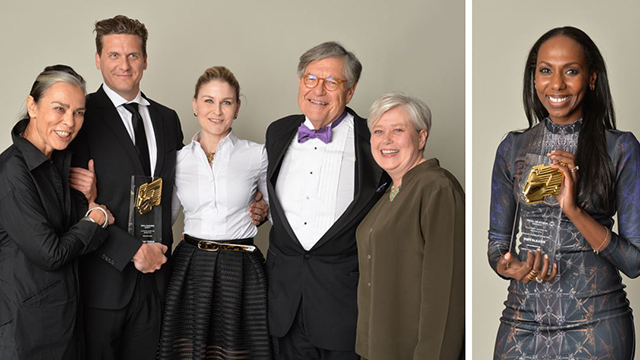 London, 18 February 2016.  CNN International garnered two awards from the Royal Television Society (RTS) at a ceremony in London yesterday evening.  The network received the award for Best Breaking News Coverage for its coverage of the Paris Attacks, and Nima Elbagir was awarded Specialist Journalist of the Year.

On the Breaking News category, the RTS jury said: “There were many compelling entries on the Paris Terror Attacks, but the judges felt the winner set themselves apart with the clarity and confidence of their reporting and in particular some compelling exclusive interviews.”

On Nima Elbagir, the RTS jury added: “The work of the Specialist Journalist of the Year took this person to some of the darkest and most difficult places to report on in the past twelve months. The judges thought the winner demonstrated great determination and bravery as well as deep humanity. She highlighted the plight of young people moving between continents and had the language skills to follow their journey in a way that no-one else could achieve.”

Tony Maddox, EVP & Managing Director at CNN International said:  “I am incredibly proud of both of these awards.  Our coverage of the Paris attacks was a magnificent team effort; we were first out of the gate on the story, and delivered hour after hour of sharp, incisive journalism.  CNN’s London bureau chief Tommy Evans deserves particular credit for this, tirelessly coordinating weeks of outstanding coverage from a multinational team in tremendously difficult circumstances.  Nima is a brilliant journalist and has had an extraordinary year, building on several equally remarkable years.  It is absolutely fitting that her work has been recognised, and a credit to her and the many talented people who have supported her.”