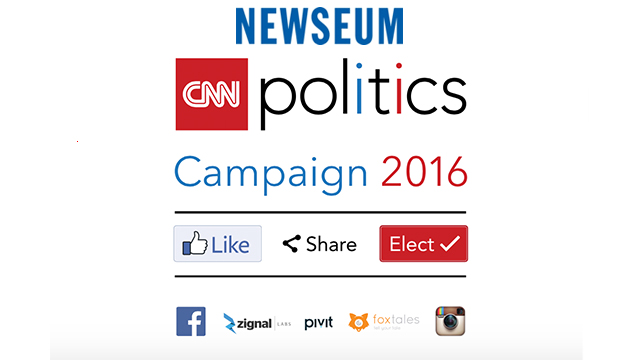 Along with CNN Politics, the Newseum is partnering with Facebook, Instagram, Zignal Labs and Pivit on this innovative educational experience that connects visitors to the campaign trail in relevant, fun and interactive ways. Newseum visitors will be able to explore a variety of groundbreaking on-screen experiences and video presentations that will put them at the center of the campaign.

Read more about the exhibit at Newseum.org/CNNPolitics.