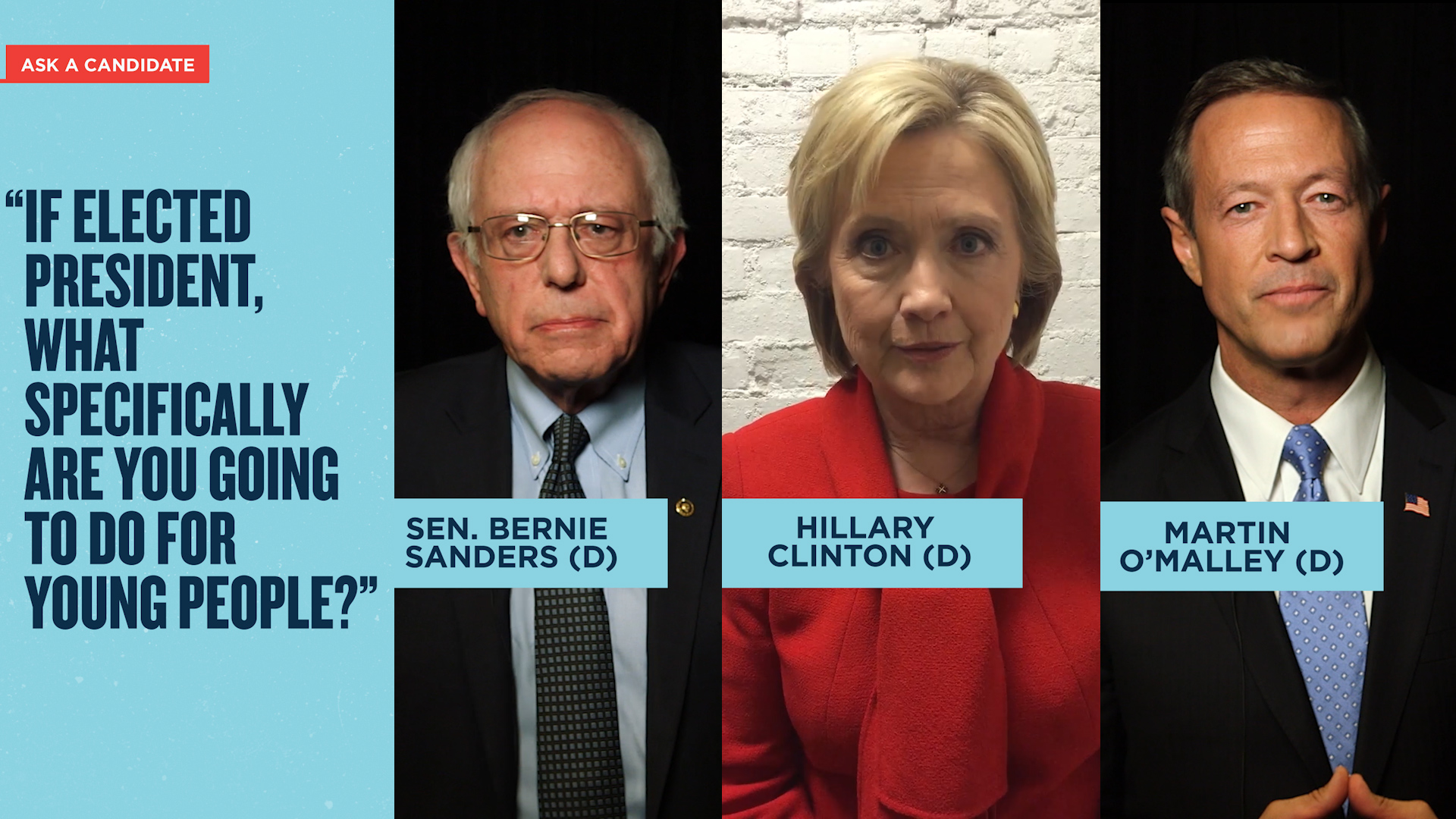 The Democratic presidential hopefuls faced plenty of questions at the CNN Iowa Democratic Candidates Town Hall, including a special one exclusively for the CNN Snapchat Discover channel:

“If elected President, what specifically are you going to do for young people?”

Now live on Snapchat Discover, you can also read each of the candidate’s answers below and on CNNPolitics.com, to be credited to CNN:

“I’m going to do everything I can to get more young people involved. Not only in politics but also seeing roles for them in the government. Seeing them as young entrepreneurs. Getting more small businesses that they can start. Providing more opportunities for education to make it affordable to go to college and get the student debt down. I have a whole young persons agenda and I’m really focused on this because after all, you know that’s the future and we’re supposed to be trying to do our best to make the future work for those coming after.”

“I’m going to speak to the goodness that’s within our country that I hear articulated all the time whenever I talk to young people under 30. We are moving to a much more connected, compassionate and generous place. We need to square our shoulders to the big challenges of our times like climate change and the changing nature of conflict, and realize that in this world of ours there is really one yearning – the whole world over – and that is the yearning for a job. To be able to give our kids a better future. That’s what it’s all about. That’s what we do best as Americans. And that’s what we need to do again in this generation.”

“What we’re going to do is end the absurdity of having a rigged economy and a corrupt campaign finance system. We’re going to revitalize American democracy and make our government work for all people rather than a handful of billionaires.  We’re going to make public colleges and universities tuition free, because everybody in this country should have the right to a college education regardless of the income of their families.”