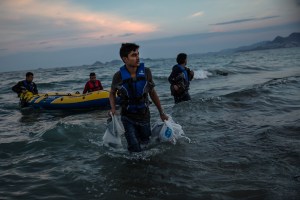 2015 has been another year of terror, as ISIS expands its reach beyond Iraq and Syria, staging attacks in Lebanon, Egypt and France. It was a year in which the Syrian refugee crisis intensified across Europe; in the U.S. there was victory for marriage equality and the start of 2016 presidential campaign. CNN has been there on the frontlines in Paris, Athens, Havana and across the globe, as every major event has unfolded. ‘Defining Moments’ looks back at the most riveting and talked about stories of the year.

CNN anchors and correspondents Michael Holmes, Isha Sesay, Robyn Curnow, Paula Newton and Samuel Burke reveal their own defining moments of the year, discussing the stories that moved them and the events that made 2015 another unforgettable year. 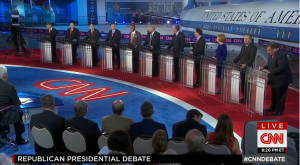 The debate provides qualified Republican presidential candidates ample time to respond to questions about how they would govern as the next President of the United States and Commander-in-Chief. 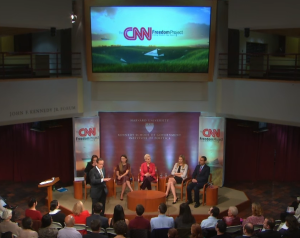 In a special panel programme, Harvard University and the CNN Freedom Project join forces in the fight against human trafficking in America: ‘Fight for Freedom: Confronting Modern-Day Slavery’.

Human trafficking is not an issue that happens “over there” – an evil afflicting the world’s developing nations. It is also rooted at the heart of the United States. There are currently tens of thousands of victims being held against their will across the U.S.

Bringing together five leading figures in the fight to end modern slavery, CNN’s Richard Quest moderates a discussion that examines the battle on the front lines of Main Street America. What is being done to put an end to this trade in human life? What is being done to dismantle the international networks that run this global criminal enterprise? What are the most effective ways to rescue and rehabilitate its victims?

The Freedom Project is supported by The Essam and Dalal Obaid Foundation (EDOF). 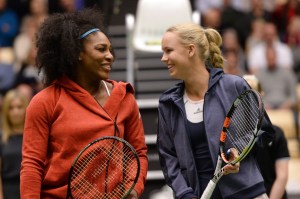 As the tennis year draws to a close, ‘Open Court’ profiles two of the biggest names in the game: Novak Djokovic and Serena Williams (pictured left). Djokovic and Williams have dominated their respected 2015 seasons: both finished number one in the world and both won three majors each.

‘Open Court’ sits down with Serena Williams following her exhibition against Caroline Wozniacki (pictured right) in Herning, Demark. Williams discusses the strength of her friendship with former world number one Wozniacki and looks towards the 2016 season. ‘Open Court’ also hears from Wozniacki herself, who beat Williams in two sets 6-3, 6-4, in front of her home crowd.

The programme also features an exclusive interview with Williams’ father Richard Williams, who provides CNN’s Don Riddell insight into one of the most successful families in tennis history. 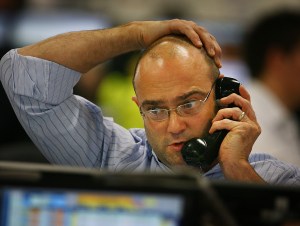 ‘Vital Signs with Dr. Sanjay Gupta’, in December explores the science of stress.

From the stress of trauma and grief, to the common stress factors in our daily lives, the programme examines what stress does to the body — and what can be done to combat it. ‘Vital Signs’ discovers that even just thinking about stress differently can change the way the human body and mind reacts to it.

‘Vital Signs’ also meets John Thurman, a former U.S. Army lieutenant colonel who thought that the Pentagon in Washington D.C. would be a safe place to work. Then 9/11 happened. Thurman survived the attack on the Pentagon, and spent a week in the hospital recovering, but his fight didn’t end there. He suffered from PTSD long after the attack until a friend suggested yoga. Thurman’s life changed and now he’s helping others find the same comfort. 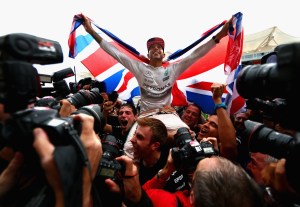 In December, ‘The Circuit’ relives Mercedes’ 2015 Formula One season, looking back over the double-championship winning year.

Host Amanda Davis heads to the home of Mercedes in Stuttgart, Germany, behind the scenes at Mercedes’ end of season Stars & Cars event at the Mercedes-Benz Arena.

Mercedes are celebrating another hugely successful season after clinching the Constructors’ Championship and the driver’s title with Lewis Hamilton (pictured). The title is Hamilton’s third, after winning in 2008 and 2014, bringing him level with Jackie Stewart’s legacy.

The Silk Road: Past, Present Future 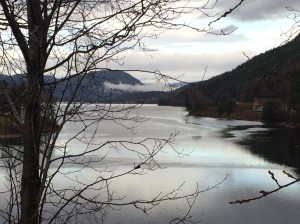 In December, ‘The Silk Road: Past, Present, Future’ continues its 9-month journey along the old caravan routes between China and Italy, this month exploring Scandinavia.

Vikings conjure up images of fierce warriors with horned helmets who ruled the seas and raided towns. However, unknown to many, The Vikings were the international tradesmen of their time. ‘The Silk Road: Past, Present, Future’ meets Professor Marianne Vedeler from Norway’s Museum of Cultural History to understand how she is uncovering the secrets of the Viking’s trading past using today’s modern technology.

The Vikings were amazing sailors who managed to conquer the seas and navigate the globe both East and West, trading, raiding and settling on new lands. Hundreds of years later, the shipping industry is still as crucial with over 90 per cent of the world’s trade done by sea. But the Viking legacy still lives on in Denmark. ‘The Silk Road’ visits the home of the world’s largest shipping company, Maersk, to explore how their research is revolutionising the shipping industry.

The luxury commodity amber, also known as the Gold of the North, was traded by Vikings with merchants on the Silk Road. Today, demand for amber is at its highest ever and in the past two years, the price of amber in Denmark has gone up ten-fold due demand from the Vikings ancient trading partner, China.

‘The Silk Road’ takes a closer look at the search and origin of amber and the revival of this ancient trade, meeting amber cutter and shop owner Frants Kristensen and entrepreneur Jim Lyngvild, both of whom are benefiting from the resurgence of the amber trade.