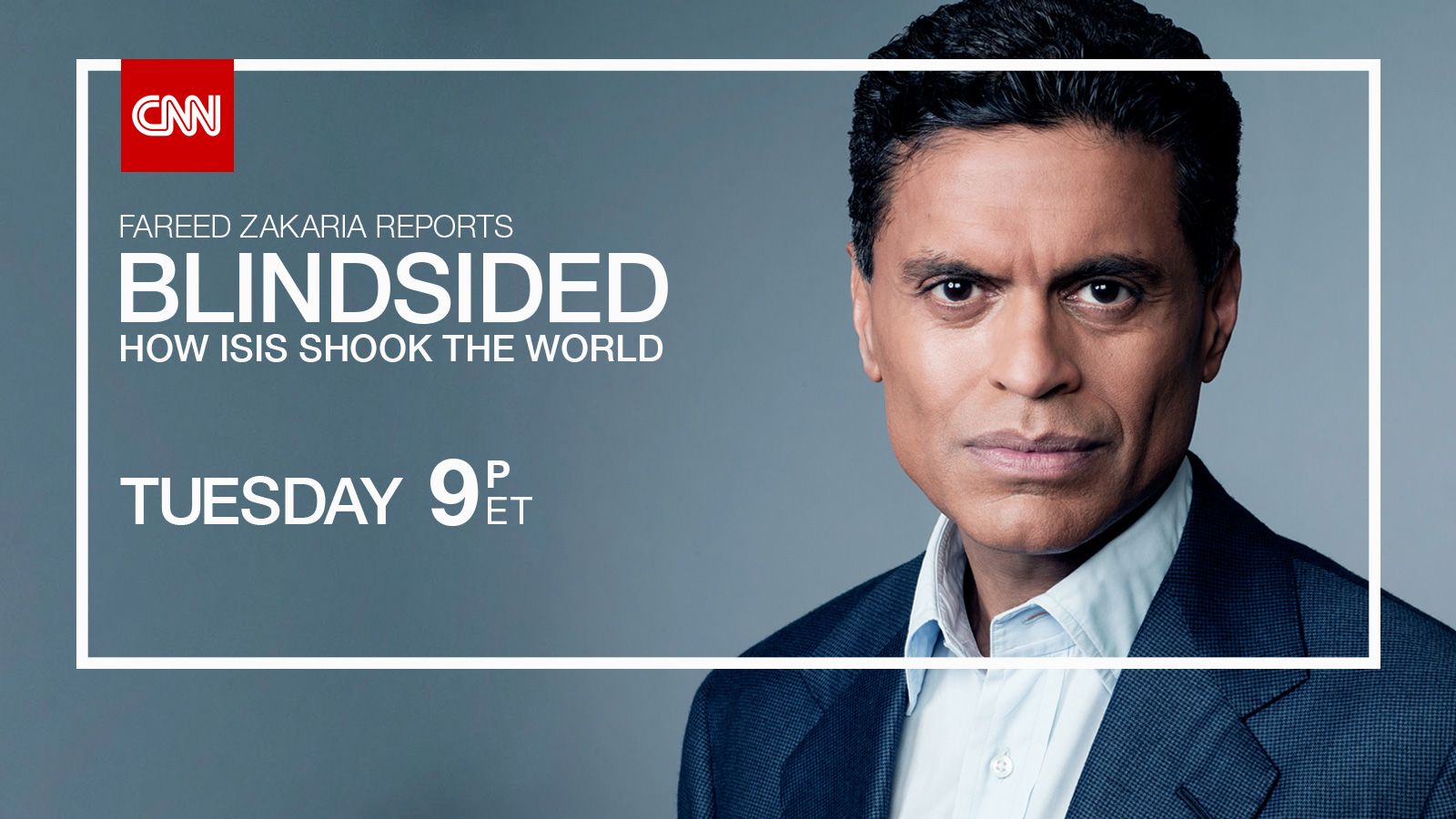 Blindsided: How ISIS Shook the World to air TONIGHT, Nov. 17 on CNN/U.S. and CNN International #FZGPS

The origins of the terror group known as Islamic State or ‘ISIS,’ and what they want, are explored by CNN’s Fareed Zakaria, in a one-hour special, Blindsided: How ISIS Shook the World, tonight, Tuesday, Nov. 17 at 9:00pm Eastern on CNN/U.S. and CNN International.

The chief objective of ISIS, or Daesh, is its unique vision of a caliphate – and luring American and Western troops back to the Middle East to apocalyptic ground in combat.

Also discussed, how ISIS grew to become a transnational terror organization, how it recruits followers, what is being done to try to stop it – and what does and doesn’t seem to be working.