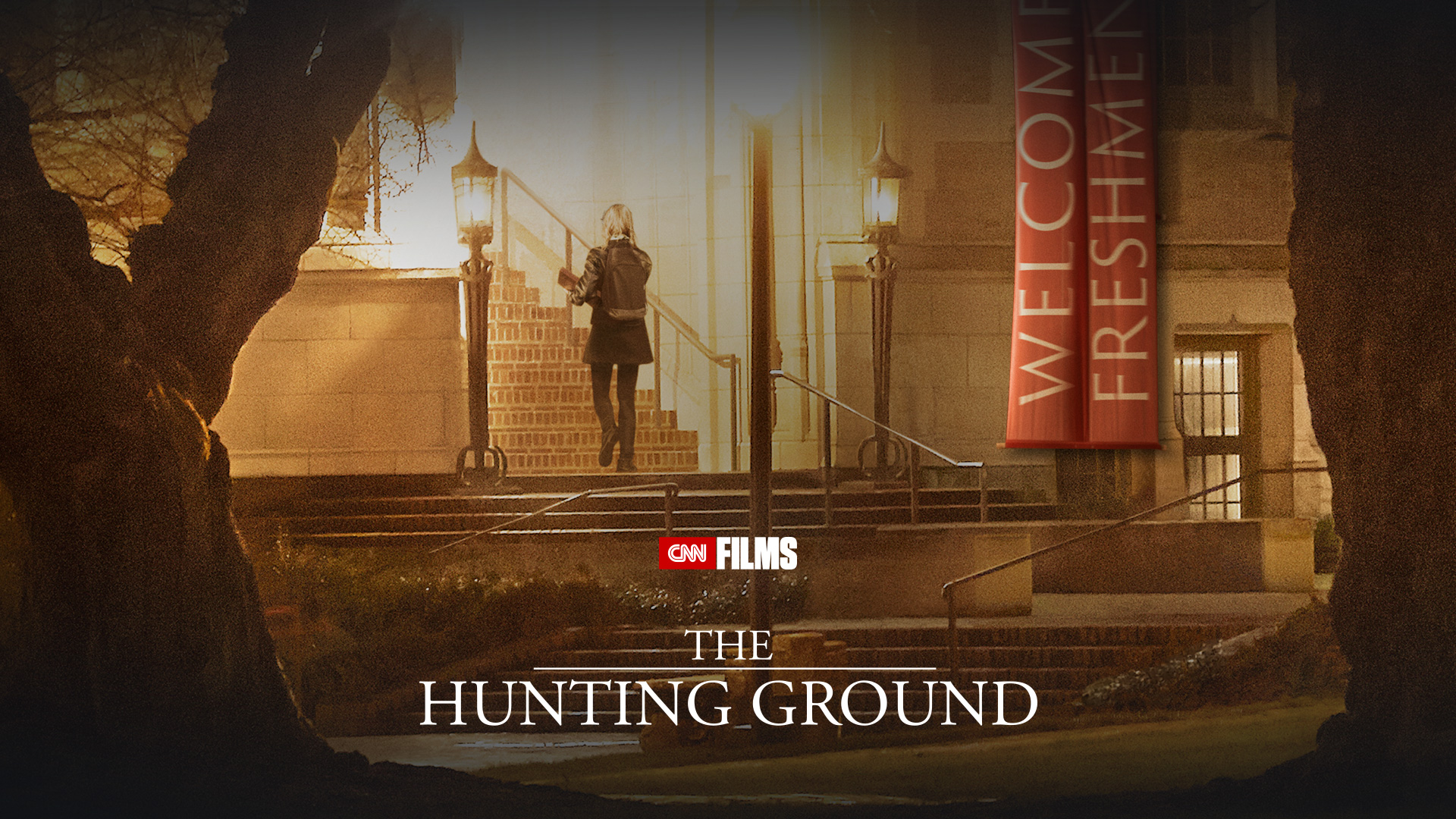 THE HUNTING GROUND Premieres on CNN in November

CNN Films will broadcast the groundbreaking feature documentary about sexual assault on American college campuses – the failure of universities to address the problem, and the rise of a new student movement – on Sunday, Nov. 22 at 8:00pm, the network announced today. THE HUNTING GROUND is written and directed by Academy Award®-nominated, two-time Emmy®-winning film director Kirby Dick, and produced by Academy Award®-nominated, two-time Emmy®-winning filmmaker Amy Ziering, the team also behind the Oscar®-nominated THE INVISIBLE WAR, that exposed the shocking prevalence of sexual assault in the U.S. Military.

THE HUNTING GROUND will be exclusively presented on CNN/U.S. with limited commercial interruption, immediately followed by Sexual Assault on Campus, a roundtable discussion including legal and counseling experts skilled in sexual assault investigations, and the filmmakers, to discuss the sensitive, complex issues explored in the film. Sexual Assault on Campus will be hosted by CNN New Day anchor Alisyn Camerota.

“We are glad CNN is presenting THE HUNTING GROUND, and providing a national platform for this urgent issue that has been ignored far too long,” said Kirby Dick, on behalf of the filmmakers.

Utilizing devastatingly raw, first-person testimonies and expert insights, the film traces the experiences of two intrepid survivors, Annie Clark and Andrea Pino, who meet as they pursue their educations while seeking justice for themselves. The two also connect with other survivors to offer support, compassion, and legal aid, eventually developing a novel legal strategy that leverages Title IX legislation to compel more fair adjudication. Pino and Clark have also inspired a national dialogue on the handling of campus assaults and launched a survivors’ network for women who refuse to be silenced.

The story behind the film has inspired music artist Lady Gaga and seven-time Academy Award®-nominee Diane Warren to write, and Lady Gaga to record “Til It Happens to You,” an intensely moving song that calls for support and compassion for sexual assault survivors and is fast becoming an anthem for survivors around the world.

THE HUNTING GROUND was released theatrically by RADiUS, the boutique label of The Weinstein Company; the film was also screened by nearly 1,000 educational institutions. A streaming simulcast will be available on CNNgo via desktop (www.CNN.com/go), mobile, iPad, and Apple TV. After the broadcast premiere, THE HUNTING GROUND will be available On Demand for seven days on CNNgo and cable operator VOD platforms. The film and special will encore Sunday, Nov. 22 beginning at 11:00pm. All times Eastern.