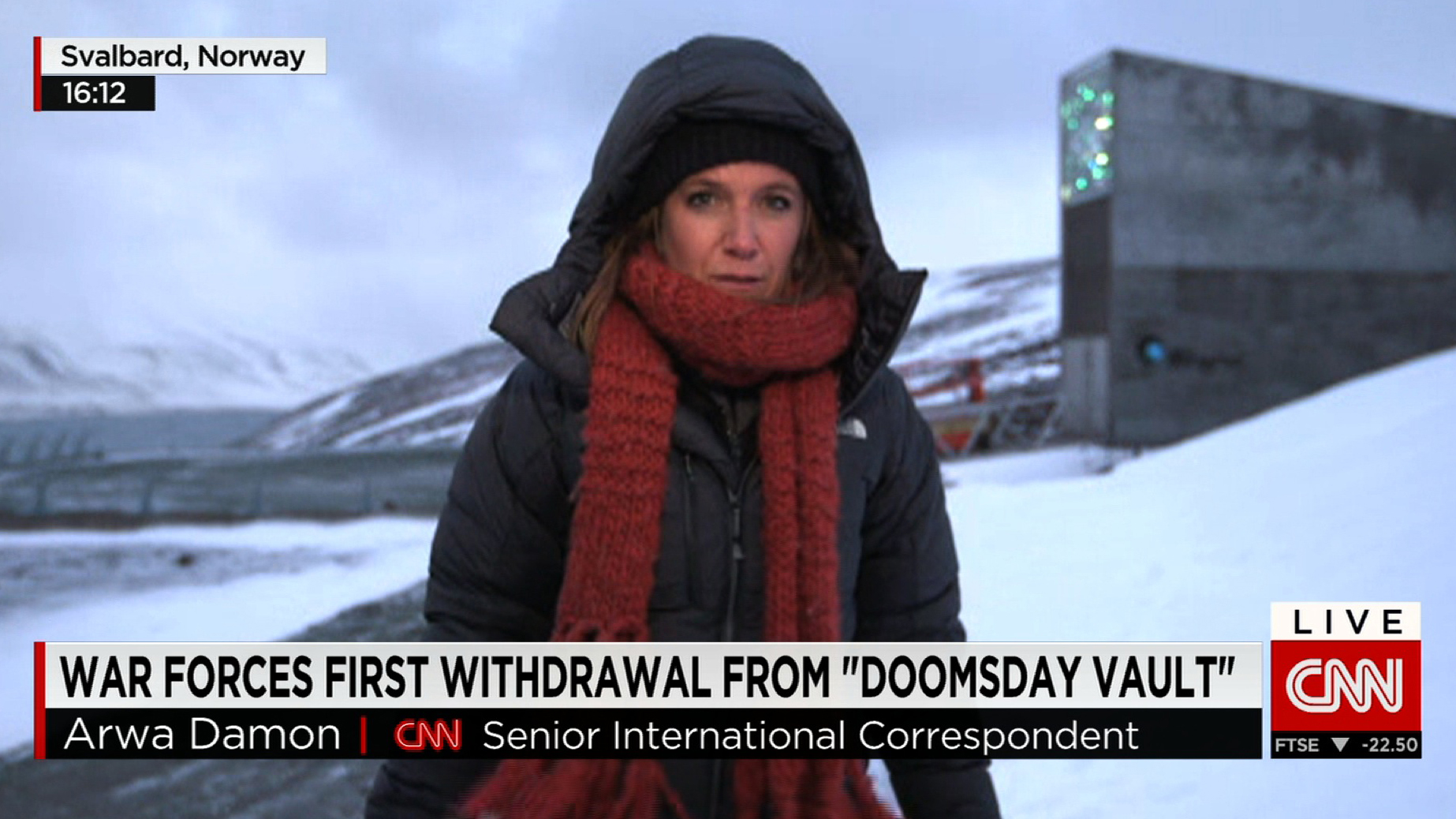 CNN’s senior international correspondent Arwa Damon (@arwacnn) travels to the global seed vault – often referred to as the “Doomsday Vault” – in Svalbard, Norway as scientists in Syria have made an unprecedented request to withdraw seeds to replace samples now inaccessible due to the civil war.

This seed bank, which is tucked deep in the side of a mountain in the Arctic archipelago, contains more than 860,000 frozen seed samples from around the world. It is meant to be humanity’s backup in the event of catastrophe that devastates crops.

Damon also visits a vault in Lebanon’s Bekaa Valley where the International Center for Agricultural Research in the Dry Areas (ICARDA) is keeping the seeds from Svalbard until they’re planted at new facilities in Lebanon and Morocco.

ICARDA representative Thanos Tsivelikas, who is overseeing the withdrawal from the vault, describes the operation as “a rescue mission; these seeds cannot be replaced.”