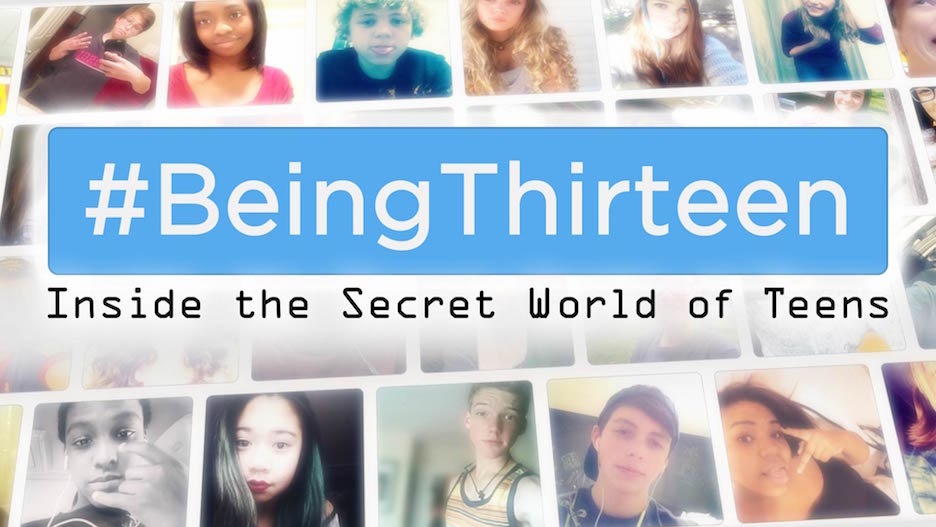 “CNN SPECIAL REPORT #BEING13: INSIDE THE SECRET WORLD OF TEENS” AIRS OCTOBER 5TH AT 9PMET

Are tweens addicted to their phones? How does social media intensify the emotional roller coaster ride of Junior High? And most importantly, how is plugging in changing growing up? These are just some of the questions that inspired CNN’sgroundbreaking investigation and scientific pilot study, “#Being13: Inside the Secret World of Teens.”

To discover the controversial world that middle school kids live in today, Anderson Cooper 360° focused its lens on the place where teens spend so much time together – social media. Hundreds of 8th graders across the country agreed, with the consent of their parents and schools, to allow child development experts to follow their posts on Instagram, twitter and Facebook over six months. 150,000 posts later, all of the good, bad and ugly that kids experience online was revealed in technicolor. Parents and teens also completed in-depth surveys about social media’s impact on families. In partnership with child psychologist Dr. Marion Underwood and sociologist Dr. Robert Faris, CNN’s “#Being13” is the first large scale study to analyze what kids say to each other on social media and why it matters so deeply to them.

Headlines from CNN’s “Being13: Inside The Secret World of Teens” include:

·         Middle schoolers view social media as a real time score board for a 24/7 popularity contest.

·         Students in our study admit checking their social media accounts more than 100 times a day. Middle schoolers “check” social media more than they post. The more they look at social media, the more distressed they can become.

·         Social media interactions often matter more than real life conversations. The line between the real world and the cyber world no longer exists to middle schoolers.

·         #Being13 identifies new, painful ways teens bully and strategically exclude each other on social media. More than a third of middle schoolers admit they purposely exclude others online.

·         94% of parents underestimated the amount of fighting on social media. We decode the language teens don’t want their parents to understand.

·         #Being13 explores the connection between selfies and self-esteem. We’ll introduce viewers to teens who take 200 selfies before selecting which one to post.

“#Being13: Inside The Secret World Of Teens” also gives families a practical roadmap for navigating the new challenges of parenting plugged-in Tweens. We show parents what to worry about and what to let go, and how to use social media as a way to deepen their relationships with their children.

Dr. Marion Underwood is an expert on social aggression and digital communication among adolescents.  Since 2008, she has led the BlackBerry Project, a NIH funded study in which high school students were provided with mobile phones that captured the content of their text messaging and Facebook communication.  She is the Ashbel Smith Professor of Psychological Sciences in the School of Behavioral and Brain Sciences and serves as the Dean of Graduate Studies and Associate Provost at the University of Texas at Dallas.

Dr. Robert Faris is an expert in school bullying and youth aggression. He is an associate professor of sociology at the University of California at Davis. Dr. Faris was AC360°’s academic partner for the Emmy award winning special, “Bullying: It Stops Here.”.