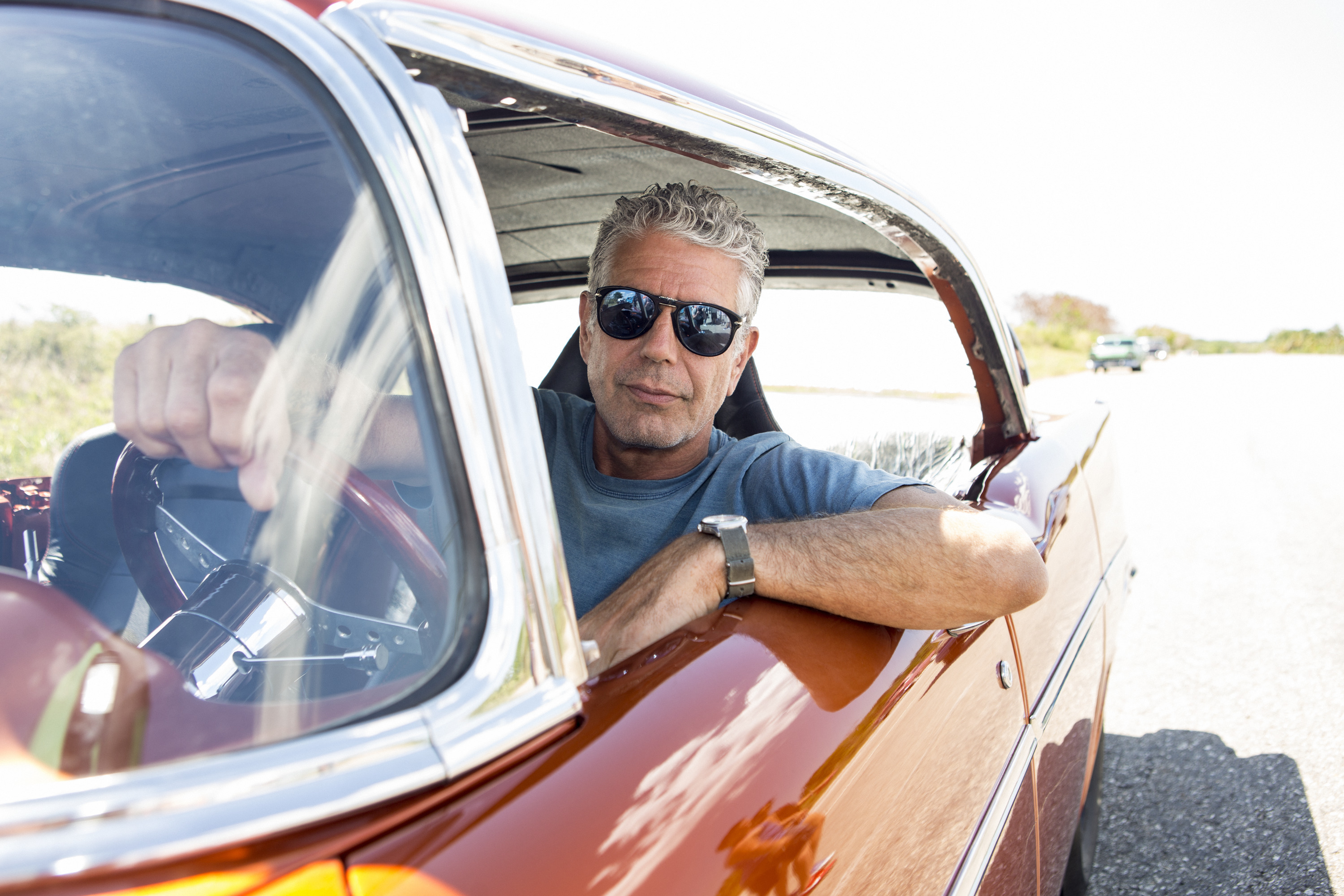 Airing just prior to the season premiere will be the latest edition of “Prime Cuts” at 8pm ET/PT that offers a look back at season five and a taste of things to come in the next eight episodes.

Anthony Bourdain Parts Unknown follows the world-renowned chef and best-selling author as he travels the globe to uncover the little-known, off-the-road, and seemingly-familiar areas of the world in a celebration of their diverse foods and culture.

Following are the locations and episode descriptions for season six of Anthony Bourdain Parts Unknown:

Cuba (airdate: September 27) In the season six premiere, Bourdain explores Cuba – just as the half-century U.S. embargo softens and economic and social progress loom – from its bustling capital city Havana, to the slower paced, music mecca Santiago. Sampled food includes pig’s head soup with plantains and pumpkin, flan in a beer can, and dogfish ceviche with pickled vegetables. The tour culminates with a dialogue-free tracking shot capturing the hopeful anxiety of its people, seemingly waiting for something to start.

Okinawa, Japan (airdate: October 11) The alluring island of Okinawa, which endures tragic memories from World War II battles, is explored by Bourdain from historical, political, cultural and culinary perspectives. The tour includes a bloodless bullfight over a bowl of Yakisoba, a retrospective meal of Tundabun with the city’s former governor, and a demonstration of open-hand karate experienced first-hand by Bourdain.

Ethiopia  (airdate: October 18) Acclaimed chef Marcus Samuelsson (Red Rooster, Aquavit) and his wife Maya take Bourdain on a personal tour of their native country to experience this nation beyond the headlines, first in Addis Adaba where they sample injera bread and beyaynetu platters, followed by drinking Turbo and eating Tibs with local skateboarding pioneers, listening to the traditional music of Azmari singers and legendary Ethiopian-jazz musician, Mahmoud Ahmed, a sampling Ethiopian coffee and a village feast with Maya’s family in the Gurage region.

Borneo (airdate: November 1) After a 10 year absence, Bourdain abides by his promise to return, dining on chicken rendang for a reunion meal at Aunty Aini’s, taking a boat ride to Kuching, traveling back to the longhouse at Entalau to attend the Gawai Rice festival, and acquiring a new hand-tapped tattoo, prefaced by a stop in “street food paradise” Kuala Lumpur for pork noodles and black pepper crab.

Istanbul (airdate: November 8) The cliché East meets West rings true in Istanbul as Bourdain explores its confluence of food, culture and politics, featuring a Turkish breakfast with old friend Esra, an oil wrestling tournament, and lunch at an Armenian restaurant near the Golden Horn. Bourdain leaves the urban sprawl of Istanbul for Sedef Island and a meal with author and philosopher Gündüz Vassaf and celebrated Turkish actress Serra Yilmaz.

Charleston, S.C.  (airdate: November 15)  For the season finale, Bourdain travels with “one of America’s most important chefs,” Sean Brock, to sample Charleston’s varied food offerings including traditional Gullah cuisine, and oyster pie and shrimp and grits at Brock’s restaurant Husk with actor and a Charleston resident, Bill Murray.

In 2009 Zero Point Zero began an expansion into other content platforms including interactive entertainment and publishing. In 2012 they released Pat LaFrieda’s Big App for Meat, an interactive encyclopedia chosen as Apple’s “App of the Week” and then named Apple’s “Best APPS of 2012”. In 2013 ZPZ acquired The Food Republic website, one of the launch properties in a new ZPZ-owned digital publishing venture. Other digital projects include content for such brands as Mastercard, Subaru, Microsoft/BING, TUMI, Lipton, Breville and Volpi Foods.