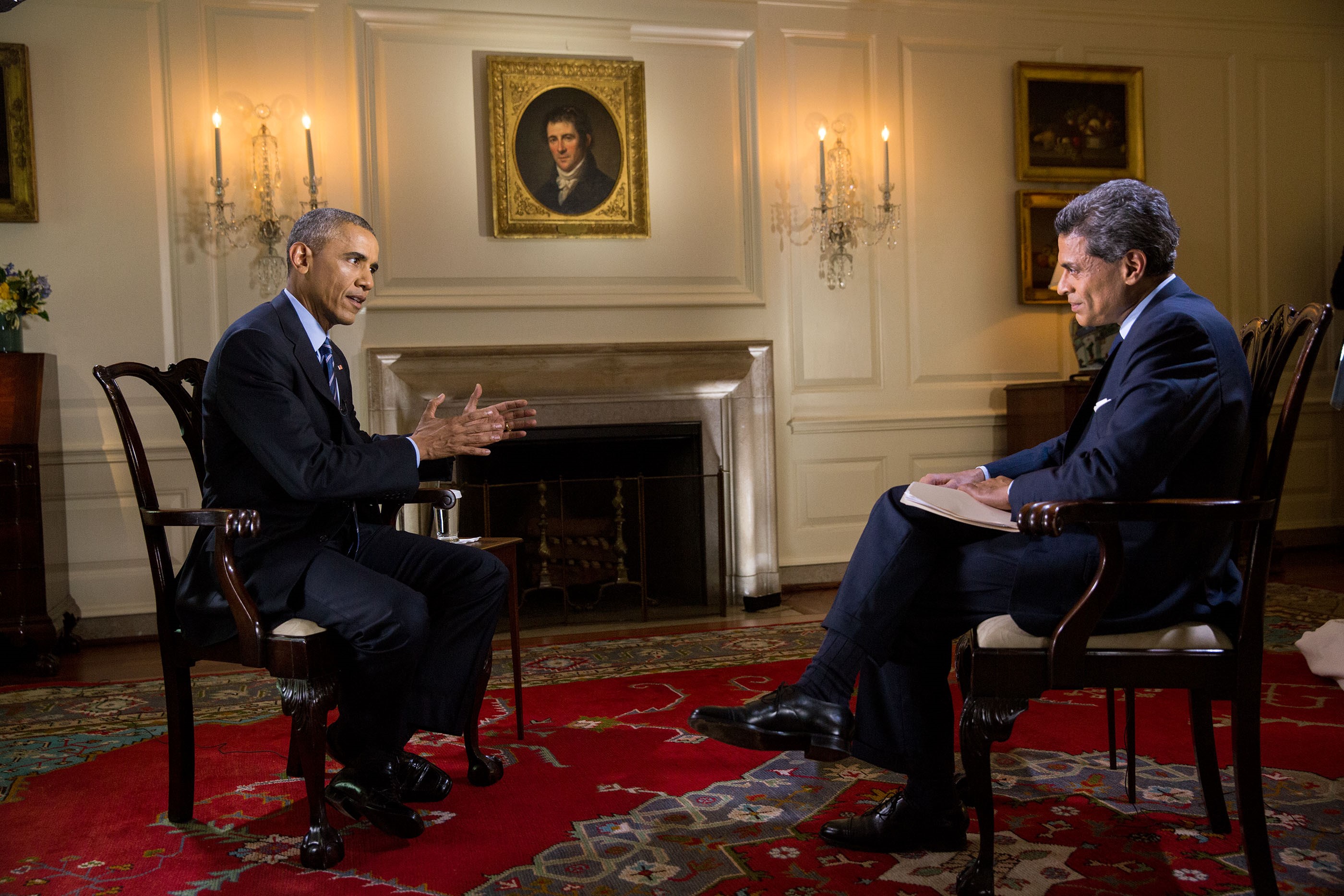 This Sunday’s CNN’s FAREED ZAKARIA GPS features an interview with President Barack Obama who presses his case for support of the nuclear deal negotiated between the U.S., its allies, and Iran, for a global exclusive interview in the Map Room at the White House. This interview marks the President’s first televised one-on-one since his Iran policy speech at American University in Washington, DC, on Wednesday.

ADVANCE EXCERPT EMBARGOED FOR RELEASE UNTIL 8:05AM EASTERN

Fareed Zakaria, host, Fareed Zakaria GPS: In your speech at American University you made a comparison, you said that Iran’s hardliners were making common cause with Republicans. It’s come under a lot of criticism. Mitch McConnell says even Democrats who oppose the deal should be insulted.

Barack Obama, President of the United States: What I said is absolutely true factually. The truth of the matter is, inside of Iran, the people most opposed to the deal are the Revolutionary Guard, the Quds force, hardliners who are implacably opposed to any cooperation with the international community. /// The reason that Mitch McConnell, and the rest of the folks in his caucus who opposed this jumped out and opposed this before they even read it, before it was even posted, is reflective of an ideological commitment not to get a deal done. In that sense they do have much more in common with the hardliners who are much more satisfied with the status quo.

President Barack Obama participates in an interview with Fareed Zakaria of CNN in the Map Room of the White House, Aug. 6, 2015. (Official White House Photo by Lawrence Jackson)

This official White House photograph is being made available only for publication by CNN and/or for personal use printing by the subject(s) of the photograph. The photograph may not be manipulated in any way and may not be used in commercial or political materials, advertisements, emails, products, promotions that in any way suggests approval or endorsement of the President, the First Family, or the White House.