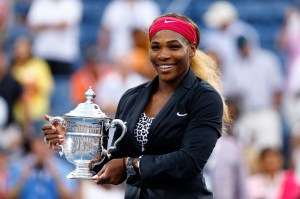 August’s ‘Open Court’ is gearing up for the final slam of the year, the U.S. Open, in what could be a historic moment for the sport.

Victory at the U.S. Open for Serena Williams would complete a calendar-year slam, a feat which has not been achieved since 1988. The win would also tie her in the all-time grand slam singles record with Steffi Graf on 22. After winning the Australian, the French Open and Wimbledon this year, the U.S. Open is the only slam that remains for the world number 1 to win this year. ‘Open Court’ speaks to tennis legends including Steffi Graf, Martina Navratilova and John McEnroe to look at just how rare this feat is in the world of tennis. The programme also hears from Serena herself as she prepares for the tournament in New York.

Also on the show, host Pat Cash travels from Manhattan to the U.S. Open site for a tour of the renovation project the event is undergoing. Like Center Court at Wimbledon, the Arthur Ashe Stadium is getting a roof and Cash gets a first-hand look at the construction taking place.

The Arthur Ashe Stadium is known for its late night matches and electric atmosphere, perfect for Frenchman and “The entertainer of the ATP tour,” Gael Monfils. ‘Open Court’ spends time with the fan favourite as he gets ready for the U.S. Open, a tournament he believes he can win. 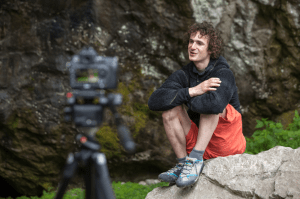 CNN’s ‘Human to Hero’ gets to the heart of what it means to be a sporting star, exploring the dedication, determination and inspiration involved for the world’s best athletes.

Adam Ondra is often described as one of the top sport climbers in the world. At the tender age of 22, he is the current IFSC Climbing World Champion and the only athlete to have won two World Championships in two disciplines. On top of that, he has already amassed a total of 14 World Cup medals.

Ondra, hailing from the Czech Republic and the son of keen climbers, has been developing his acclaimed technical style for over 16 years, since he began scaling jagged cliff faces aged 6. He talks to ‘Human to Hero’ about venturing into unexplored parts of the world, becoming a ‘modern explorer’, and how nature is constantly providing him with new challenges. 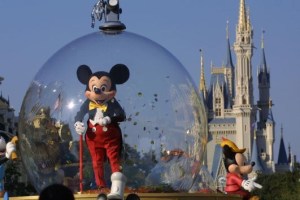 This month, CNN’s ‘Business Traveller’ heads to Orlando, Florida, the ‘theme park capital of the world’ where attractions like Disney World and Universal drew over 62 million visitors last year. From the oldest to the newest, host Richard Quest explores how theme parks are on their best ride in years.

First on the programme is the oldest and most-visited theme park in the world, Disney World, which is beginning to incorporate technology as a way to entice the millennial generation. The programme looks at how the technology is being used and whether the aim to bring in a new generation is working.

Also on the show is the newest adventure resort, LegoLand, which hopes to bolster its brand through a resort experience. Further east of Orlando, ‘Business Traveller’ profiles the once-bustling ‘Space Coast,’ to see how it’s redefining tourism in the absence of NASA rocket launches. 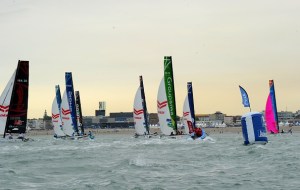 The Tour de France is not just cycling’s global major, it is a sporting major and for more than 20 years there has been a sailing equivalent: The Tour Voile, a stage race around the coast of France. This month on CNN’s ‘Mainsail,’ host Shirley Robertson explores The Tour Voile as it enters a new phase in its history.

The Tour Voile has recently been acquired by the Amaury Sport Organisation (ASO), the group responsible for the cycling tour, and this year for the first time the event will be contested in rapid, exciting visual catamarans.

‘Mainsail’ joins the Tour for a couple of key stages, seeing where the logistic challenges are the hardest and how keeping the show on the road, on time, and on shore can be as challenging as the sailing itself.

Robertson also takes control of one of the entries to see what it’s like to sail the Tour, looks at what has been brought from cycling to sailing and asks if the new energy from the ASO is about to take this French race global.