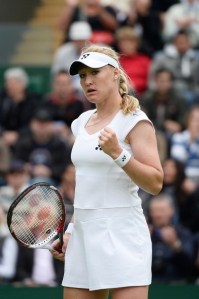 July’s ‘Open Court,’ is a Wimbledon special with host Pat Cash reflecting on how the most prestigious grass court tournament played out. A former Wimbledon champion himself, Cash will look at who took home this year’s trophies and explore the prestige that comes with the tournament win.

Also, the programme will remember Elena Baltacha (pictured). The former British Number One died last year from liver cancer at the age of 30, but her legacy is burning bright. ‘Open Court’ travels to the Elena Baltacha Academy of Tennis, an organisation that provides high quality programmes for both young girls and boys. The organisation was set up by Baltacha to give those less fortunate the opportunity to play tennis. Baltacha’s widower Nino Severino, talks to CNN about Elena’s legacy. 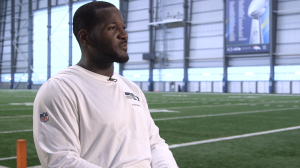 From revolutionary research about the brain’s relationship with sign language, to the next generation of hearing implants for children, ‘Vital Signs’ looks at how people around the world are breaking down the sound barrier.

One of those affected is National Football League and Super Bowl champion Derrick Coleman (pictured), who CNN meets at a game of football he is organising for children in Tacoma, Washington. When he was growing up, Coleman, who plays for the Seattle Seahawks, was called “Four Ears”. He couldn’t hide his bulky hearing aids but also couldn’t hear without them. Coleman didn’t let this affect his progression in the NFL as he focused on the one thing he felt leveled the playing field: American Football. He reveals his journey to the top of the American sport, on ‘Vital Signs’. 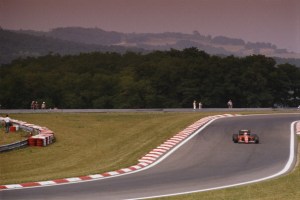 This month, CNN’s ‘The Circuit’ comes from Hungary, with a preview of the Hungarian Grand Prix.

Taking place at the end of July the Hungarian Grand Prix was the first to be hosted behind the Iron Curtain almost thirty years ago, in 1986. Host Amanda Davies is joined in Budapest by last year’s winning team, Red Bull, to explore the unique history of this race.

The Red Bull team, fronted by drivers Daniel Ricciardo and Danil Kvyat, show Davies how to exit a Formula One cockpit in the required five seconds. Davies also gets a chemistry lesson in F1 fuel with Ferrari, at the Hungaroring circuit in Mogyrod, Hungary.