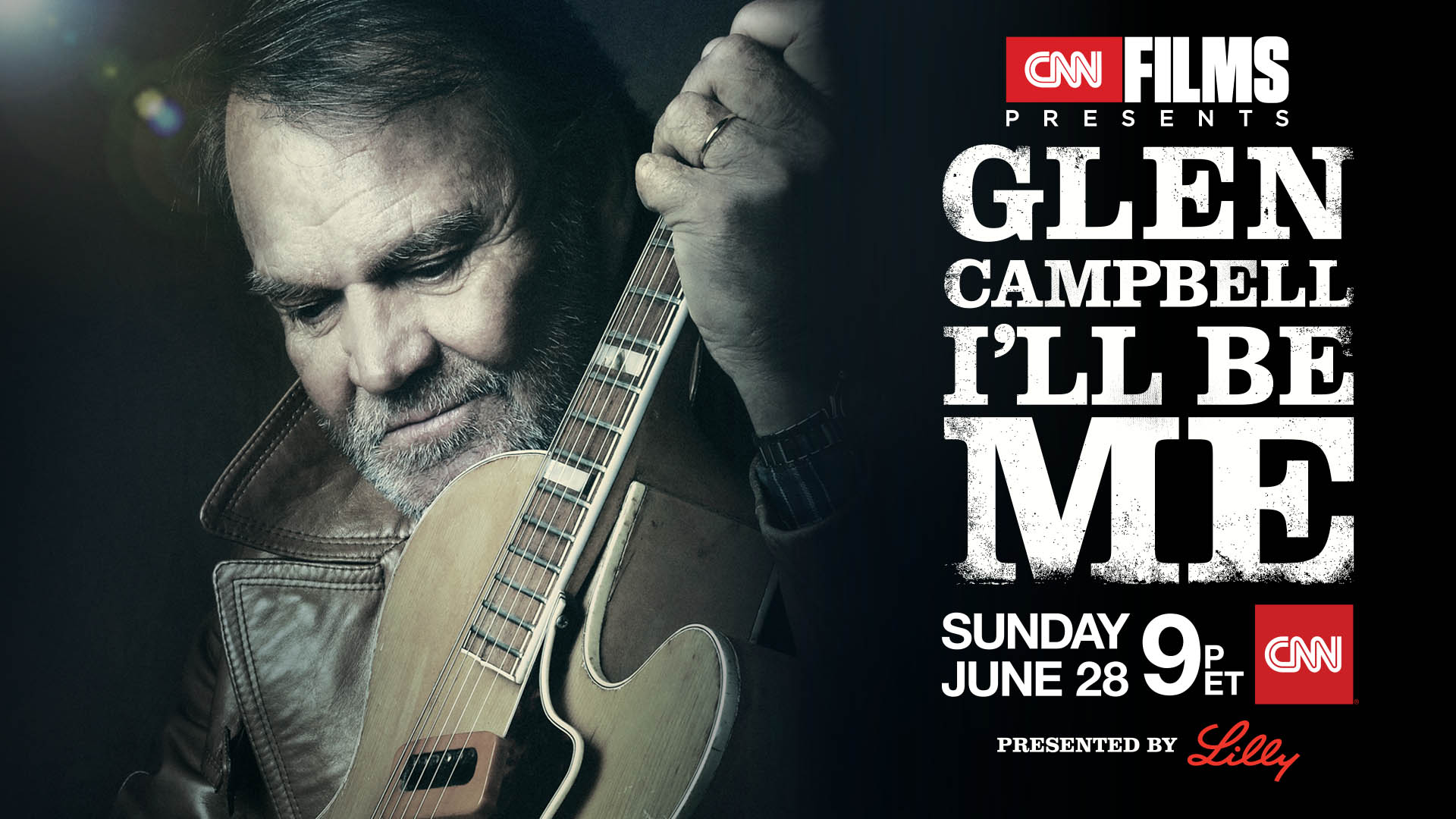 Premiere of GLEN CAMPBELL…I’ll Be Me is Most Watched CNN Films Broadcast in History of Franchise – in Total Viewers, 25 to 54 Demo

The Rhinestone Cowboy reaches #1 in demo and total viewers during first broadcasts; Encores Saturday, July 4 at 9:00pm Eastern on CNN/U.S.

Among the now 20 films within the CNN Films franchise, Glen Campbell…I’ll Be Me was the highest-rated in both adults 25 to 54 and total viewers, and the second highest-rated among adults 18 to 34 (after CNN Films Blackfish).

Glen Campbell’s extraordinary life, musical legacy, and brave battle against Alzheimer’s disease are the focus of the film, which was sponsored by Eli Lilly and Company, and presented back-to-back on CNN/U.S. with limited commercial interruptions. The award-winning film was directed by James Keach and produced by Trevor Albert and James Keach. Sister network, HLN, will encore Glen Campbell… I’ll Be Me on Friday, July 3, at 9:00pm Eastern. The film will encore on CNN/U.S. on Saturday, July 4 at 9:00pm Eastern.

In observance of Alzheimer’s Awareness Month, CNN/U.S. will encore the beautiful and inspirational film later this year during the month of November. In between the broadcasts, online users can learn more about Alzheimer’s disease and Campbell’s life and career, by visiting www.cnn.com/glencampbell, www.cnn.com/impact, and www.glencampbellmovie.com.