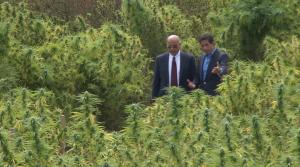 According to Nielsen Fast National Data, the premiere of CNN’s Weed 3: The Marijuana Revolution reported by Dr. Sanjay Gupta and the new CNN Original Series High Profits both debuted as the #1 programs in cable news in their time periods last night among the demo 25-54 and 18-34 ratings.

At 10pm, the first episode of CNN’s new eight part docu-series High Profits, about a business-minded couple with 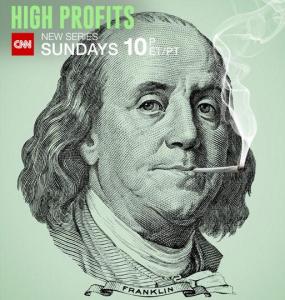 Among younger viewers (18-34), CNN’s Original Series High Profits outperformed the combined delivery of Fox News and MSNBC.  It posted 132k, a whopping +1367% advantage over Fox News’ 9k and a +94% lead over MSNBC’s 68k. Compared to the prior four Sundays, High Profits was up +64% among adults 25-54, the most growth in cable news in the time period.  Of the 18 CNN Original Series season premieres to-date, High Profits was the 2nd highest-rated in P18-34 (after the Somebody’s Gotta Do It Season 1 premiere).

High Profits continues next Sunday at 10 pm/ET on CNN.

Source: The Nielsen Company, Live+SD data.  Fast National data for 4/19/15 is time period based, while historical data is program based.