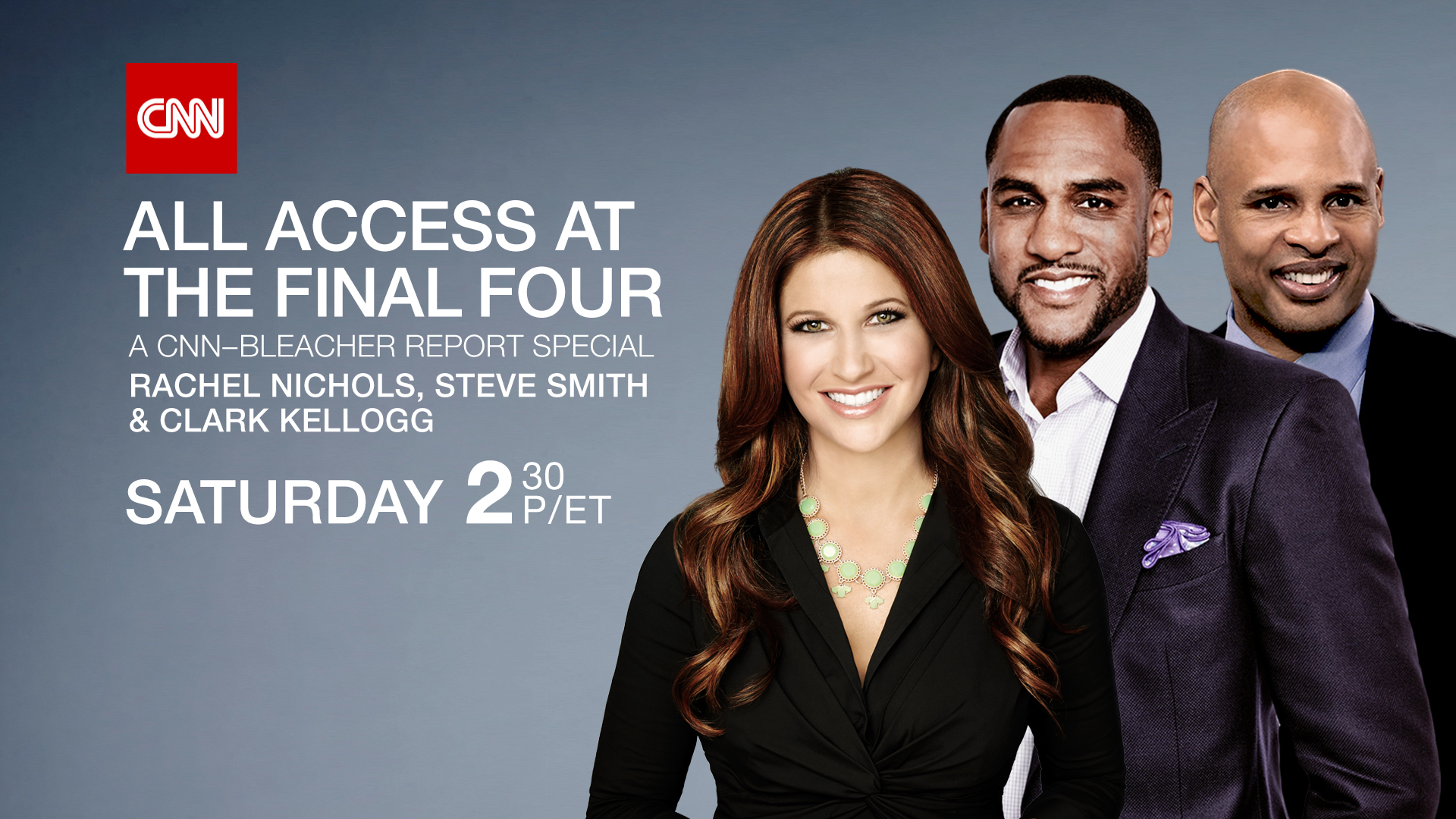 All Access at the Final Four: A CNN Bleacher Report Airs Saturday, April 4th at 2:30 pm/et

This Saturday on CNN, Rachel Nichols will give viewers an all-access pass into the heart of the Final Four in Indianapolis just before tip-off.

Nichols also sits down to interview all four Final Four coaches: Mike Krzyzewski, John Calipari, Tom Izzo and Bo Ryan. No topic is off-limits, from the games themselves, to the recent controversy over Indiana’s Religious Freedom Act and the role of sports in social change.

All Access at the Final Four: A CNN Bleacher Report Special airs this Saturday, April 4th at 2:30pmET on CNN.

For video and transcripts after the special airs, please contact: megan.rivers@turner.com, CNN Communications, 212-275-7985