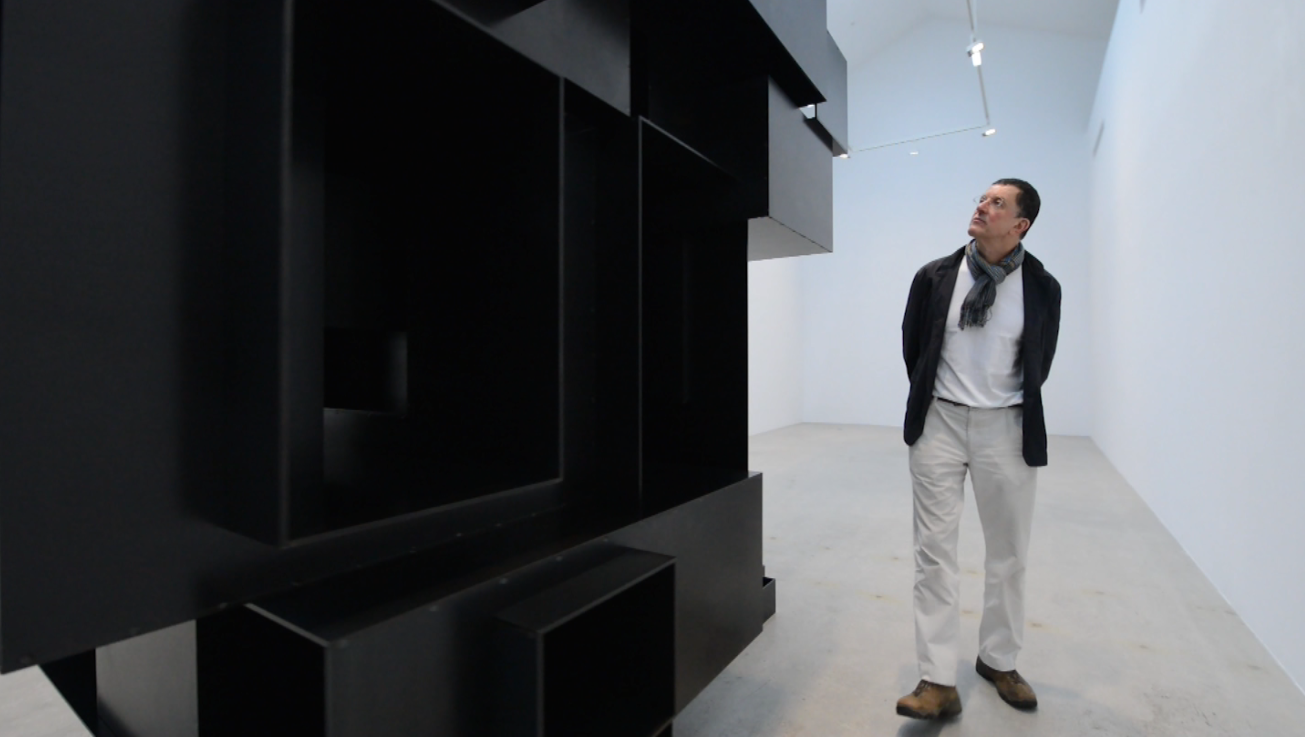 ‘CNN Ones to Watch’ – Sculpture

The story of sculpture is carved into the landscape, taking all shapes and sizes, capturing a moment, claiming a space. Once in a while, the work of a great artist takes its place in history. With a range of materials and a forum of ideas more diverse than ever before, where will the next sensational sculptor be found?

‘CNN Ones to Watch’ in March explores this three-dimensional art form to find out which artists have the tools for the top.

One of the best-known sculptors working today, Antony Gormley, shares his thoughts on the state of the art, and the programme has enlisted two prominent voices – director of London’s Tate Modern Chris Dercon, and eminent British art critic Estelle Lovatt, to select their ‘Ones to Watch’.

Antony Gormley has created over two thousand sculptures based on his own body, the greatest of which is arguably the cast iron ‘Angel of the North’ which towers over the landscape and has become a British landmark. His work is exhibited in public spaces around the world, and he has received prestigious international arts awards including the Turner Prize and Japan’s Praemium Imperiale.

From his studio in London, where he’s preparing for a new exhibition in Paris, Second Body, Gormley tells ‘CNN Ones to Watch’: “You don’t get good work without good ideas but the ideas come from the work. Sculpture, of all the arts, is perhaps the most silent and the most filled. Learning to listen to the work that you’ve already made is really where all the core ideas come from. One work is the mother of the next.”

As director of Tate Modern, Belgian Chris Dercon oversees the most visited modern art museum in the world; last year, it welcomed over 5.5 million visitors.

Once a year, Dercon and his team commission a new artist to fill the largest space in Tate Modern, the Turbine Hall, an important platform for emerging sculptors since its opening in 2000. These commissions can catapult an artist to stardom, and have been a seminal moment in the career of many great artists, among them Ai Weiwei and Anish Kapoor.

‘CNN Ones to Watch’ travels to Mexico City, where Cruzvillegas’ story begins: “I am not a traditional sculptor carving marble or wood. It’s like testing myself that I can do something with anything. I use my own hair. I use shoes, I use plants, roots, potatoes, shirts, films everything for making sculptures.”

Cruzvillegas took as a reference his own experience of what he calls ‘autoconstruction’, related to the way people build their houses without money (in other countries ‘autoconstruction’ would be called favelas, or shanty towns, slums): “People are responding to their specific needs, so I do the same when I make a sculpture.”

Antony Gormley comments: “I’m interested in Abraham because I see him carrying on the work Orozco and others in Mexico started, which is really dealing with contemporary urban life from the point of nothing, from the street, and doing that in a very intelligent way, a very open way, and celebrating the inherent hope of those that make something from nothing.”

Lovatt tells the show: “I’m very proud to nominate Jonty Hurtwitz as one of the artists to watch because no one works like him today. It’s a mix between the emotional and the intelligent and that’s what gives it the spark.”

‘CNN Ones to Watch’ captures Hurwitz’s figure of a woman who can only be viewed through a microscope, as she dances delicately on a single strand of human hair. His   quest to merge art and science is limitless – he makes vast bronze sculptures using algorithms and mirrors which play with perspectives.

The programme follows Hurwitz in the laboratory at one of the world’s leading universities in engineering and natural sciences, Karlsruhe Institute of Technology in Germany, as the alchemist turned artist crafts a new work.

He tells the programme: “A lot of the artistic expression that I bring to the world represents the absolute current moment in human development, whether it’s 3D printing, whether its technology or whether its science.”

Antony Gormley admires scientific innovation in art: “I think the whole world of nano-engineering is extraordinary because I think it opens up the opposite which is in a sense a limitless spatial potential for art. I think the division between art and science should never have happened. Both science and art need structure, they need discipline, but they also need intuition.”

‘CNN Ones to Watch’ airs at the following times on CNN International: