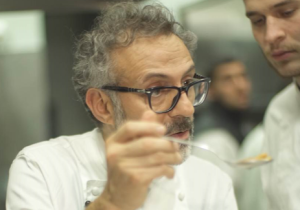 ‘Culinary Journeys’ is a new series of monthly half-hour shows on CNN International, which explores a different destination through the dish or cuisine that has helped put it on the map; from gazpacho soup in Madrid to Doro Wett in Addis Ababa; Khao chae in Thailand to pierogies in Krakow.

The first episode features Massimo Bottura, a three Michelin-star Italian chef, who hails from the land of fast cars and slow food: Emilia Romagna, in Northern Italy.At Osteria Francescana, his restaurant in the heart of medieval Modena, Bottura’s food takes inspiration from sources such as contemporary art to create innovative dishes that play with Italian traditions and ingredients.

His culinary journey takes him to London’s East End, where Bottura meets up with Fergus Henderson, the founding partner and chef of one of the UK’s most influential restaurants, St John.  Bottura and Henderson delve into their shared passion for offal and ‘nose-to-tail’ approach to cooking as they visit one of London’s historic markets, Smithfield.

Influenced by London’s vibrant food and art scene, ‘Culinary Journeys’ sees Bottura return to Modena, where he’ll add a twist to ‘Passatelli in Broth’:  one of the region’s most loved dishes. 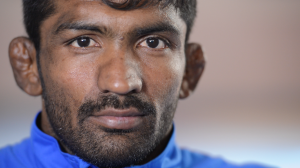 CNN’s ‘Human to Hero’ gets to the heart of what it means to be a sporting star, exploring the dedication, determination and inspiration involved for the world’s best athletes.

This episode features a man setting his sights on 2016, Yogeshwar Dutt a wrestler from the state of Haryana in India. At the age of eight, he began mud wrestling and has since gone onto win two Commonwealth gold medals, gold at the Asian Games in 2014, he has also competed in the last three Olympics, winning bronze in London 2012. Along with his sporting achievements he was awarded the Padma Shri by the Government of India in 2013. Dutt currently competes in the 65kg category for wrestling, and training for the gold at Rio 2016. 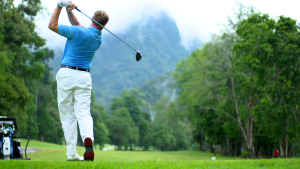 The show looks at the inspiration and perspiration it takes to build a great golf course time and time again.

With the Course Design Business being extranets lucrative and very competitive, it’s perhaps unsurprising that many players want to get in the game. ‘Living Golf’ follows Ryder Cup winning captain Paul McGinley to his latest project in Portugal, alongside four-time Major winner Ernie Els in Malaysia, to find out how the modern day pro is diversifying into this field.

‘Living Golf’ examines the big issues facing a course designer today, from environmental and economic pressures to whether the demand for golf around the world is meeting the seemingly endless supply of courses. 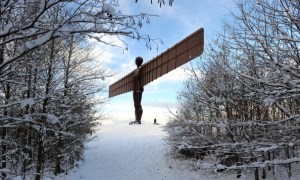 Cutting-edge, 21st century sculpture has taken a turn from the life-like bronze and marble carvings of its origins. Today, it’s about ideas. Everyday objects take on artistic dimensions and science is pushed to the limits to create visual masterpieces. They are sometimes awe-inspiring, sometimes baffling, but the art market figures are rising and the galleries are full.

This month on CNN “Ones to Watch” explores this three-dimensional art form to find out which artists have the tools for the top.

The main contributing voice of this episode is the celebrated sculptor Antony Gormley. His bronze ‘Angel of the North’ has become a British landmark. He has exhibited in some of Europe’s most prestigious galleries including the Hermitage, St Petersburg and the Hayward Gallery, London. He was awarded the Turner Prize in 1994 and the Praemium Imperiale in 2014. ‘CNN Ones to Watch’ meets him as he installs a new exhibition in Paris.

Tate Modern is the most visited modern art museum on earth. Belgian Director Chris Dercon is responsible for keeping this vibrant space at the forefront of the contemporary art scene. The invitation to exhibit in the Tate Turbine Hall has been a seminal moment in the career of many great artists, among them Ai Weiwei and Anish Kapoor.

Abraham Cruzvillegas has received the golden ticket and will be taking over the Turbine Hall in October. The Mexican sculptor has been nominated by Dercon as his “One to Watch”. The programme meets him in his Mexico City studio and in some of the places which inspire his work, and ‘CNN Ones to Watch’ is there as he surveys the vast space at the Turbine Hall for the very first time.

Respected British Art Critic Estelle Lovatt chooses an artist for ‘CNN Ones to Watch’, who is taking the art of sculpture to new extreme South African sculptor Jonty Hurwitz has worked with Hollywood animators and micro-physicists to create the world’s smallest sculpture. The figure of a woman can only be viewed through a microscope, as she walks delicately on a single strand of human hair. His quest to merge art and science is limitless – he makes vast bronze sculptures using algorithms and mirrors which play with perspectives. ‘CNN Ones to Watch’ meets him in the foundry and the laboratory as this alchemist turned artist crafts a new work. 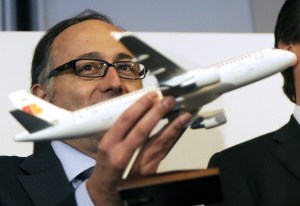 CNN’s Richard Quest explores the world of the business traveller looking at the issues, trends and lifestyle of the traveling executive.

‘CNN Business Traveller’ in March comes from Spain, and includes an interview with Luis Gallego Iberia, CEO, as the company launches in Latin America.

The programme visits one of Spain’s largest hotel chains, NH Hotels, who show CNN around the re-launch of their flagship hotel, ‘The Eurobuilding’, in Madrid. The hotel was completely renovated in 2014, is located in the heart of the financial district, AZCA.

‘CNN Business Traveller’ visits an Emirates plane, while on the ground in Dubai to see the role that cargo play for the airline. The programme will explore the issues of how religious figures and people with religious needs (prayer, dietary, etc.) cope when travelling. 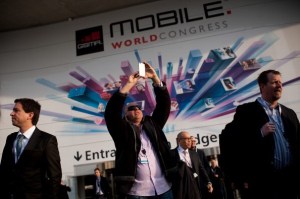 Information and communication technology is changing lives – the way people bank, shop, watch video, use energy to run homes and businesses, even ways of commuting and travelling. Everything is in a remarkable state of evolution and it all seems to be landing right in the palms of our hands through the power of the mobile device. How far can smartphones take the world’s population?