Poppy Harlow has been named anchor of CNN Newsroom Weekend on Saturdays from 3-6pm ET and 7-8pm ET, and Sundays from 5-8pm ET. 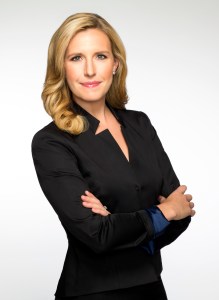 Based in New York City, Harlow will continue to cover breaking news and deliver feature reporting and investigative stories in addition to her new anchor role.

The announcement comes on the heels of a successful year for the correspondent whose long-form investigative pieces, including in-depth reporting on the General Motors recall crisis – specifically the story of one woman wrongly convicted in a deadly crash  – aired across CNN prime time programming and CNNMoney.com.

Harlow, who has been with the network since 2008, has won the Gracie Award for Best Online Investigative Feature and SABEW’s Best in Business award.