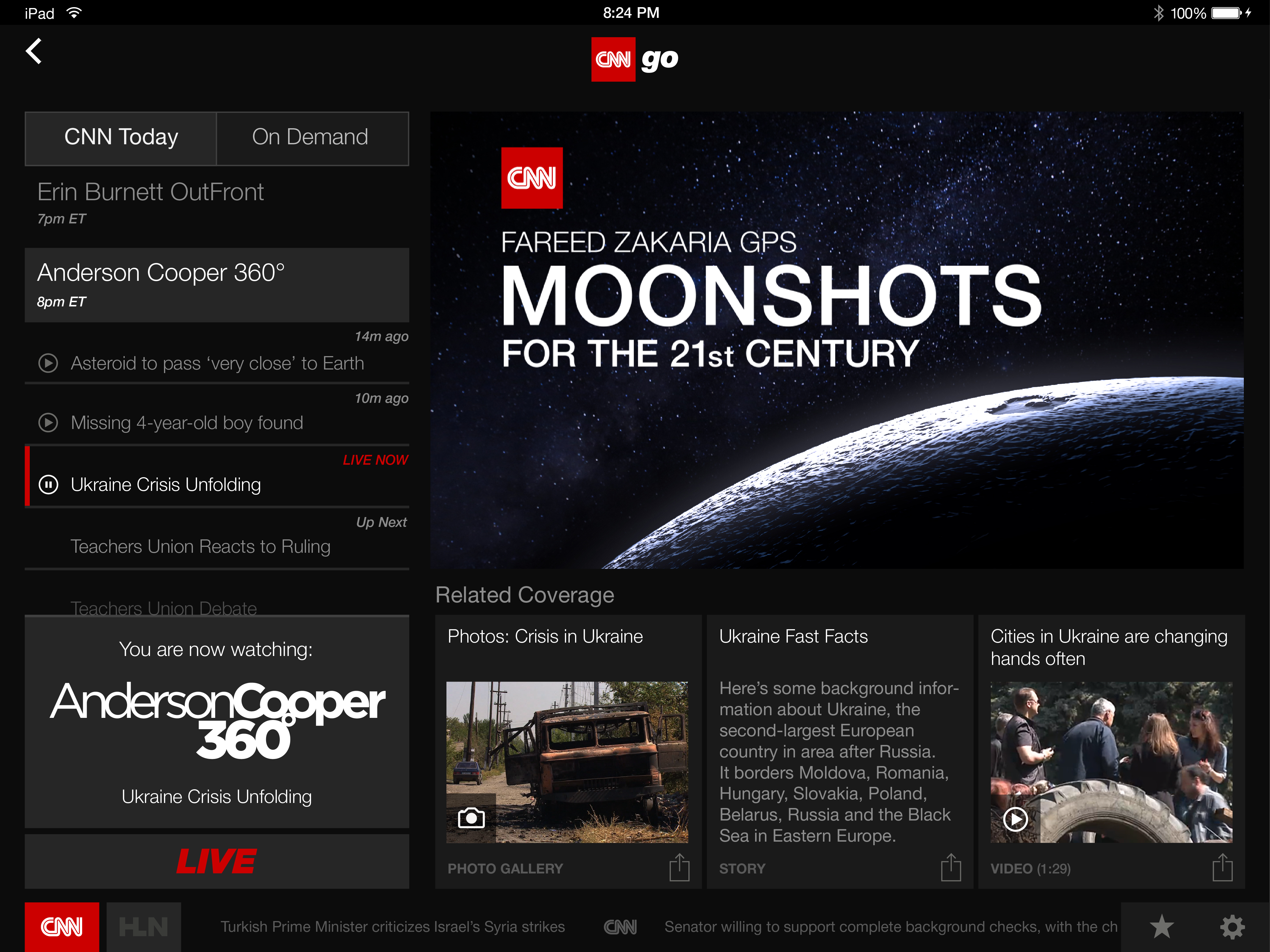 This Fareed Zakaria GPS special takes a fascinating look at how harnessing the energy of nuclear fusion reactions may create a virtually limitless energy source, unlocking innovations in hypersonic flight, and revealing the power of the mind by mapping the brain.  Will astronauts reach Mars by the 2030s? Will it soon be possible to 3D-print human organs for life-saving transplants?  Zakaria guides viewers on a tour of how scientists may turn these technological pipe dreams into reality during an extraordinary hour of discoveries.

Moonshots for the 21st Century: A Fareed Zakaria GPS Special is available to viewers now by logging in with a TV provider username and password on CNN’s iPad app or via www.CNN.com/go.