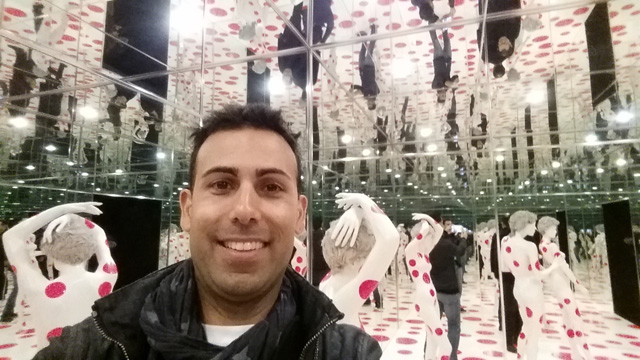 A Travel Show With A Social Twist…HLN Debuts Its Original Series The Social Life, Hosted By Ali Nejad, Tuesday, Feb. 24

“A great trip is only a hashtag away.” So says Ali  Nejad, host of The Daily Share on HLN, and now the channel’s new weekly travel series The Social Life debuting Tuesday, February 24 at 10pm-10:30pm, ET, with a trip to Pittsburgh.

A self-professed travel junkie, sports fan and foodie, who loves to explore new places, Ali seeks off-the-beaten-path sites with the help of his nearly one million Twitter followers’ suggestions. The series uses social media to uncover the food, art, music, and local curiosities that make each city special.The Social Life is produced by Echo Entertainment, Inc. Executive producers are Hugh Arian, and Ali Nejad.  Kari Kim is Executive in Charge of Production for HLN.

Following are episode descriptions and premiere dates for The Social Life:

Pittsburgh (airdate: February 24): @Ali_Nejad lands in The Steel City to prove that Pittsburgh is more than just bridges and football. With help from his followers on Facebook and Twitter, Ali meets some of Pittsburgh’s friendliest and most interesting residents while checking out places like The Duquesne Incline, a prime location to view the cityscape, and The Strip District, where you can get some of the most delicious (and authentic) Italian and Polish food in America. Ali also manages to give back, surprising one of his guides throughout the show by making a lifelong dream come true.

Seattle (airdate: March 3rd): @Ali_Nejad taps into his social network in the Pacific Northwest to see what Seattle has to offer. Amid a culture of tech, art, and a serious passion for food, Ali meets a wide array of the residents who make-up the Emerald City, including an amazing artist whose murals are plastered throughout Seattle. Ali also links up with a local chef to cook a gourmet meal using the freshest ingredients from the local farmer’s market, and helps out the publication “Real Change,” a project giving homeless people in the city a much-needed voice. At the end of the trip, Ali gives one of his Twitter followers a special night at a record release party in one of Seattle’s most memorable music venues.

Charleston (airdate: March 10th): @Ali_Nejad heads to the great city of Charleston, where the city and his followers are both ready to charm him. While Ali checks out Charleston staples like the Charleston City Market, it’s the people he meets inside the market that matters. Ali meets a Charlestonian gem whose family has lived around South Carolina since the time of slavery. He also hooks up with a tour agency on Facebook to learn all about the history of “Gullah”, a language steeped in African and Creole roots. And in one of the coolest places featured on “The Social Life”, Ali visits Brackish Bow Ties, a Charleston company making gorgeous (and handmade) bow ties made from bird feathers. By the time the trip is up, Ali has made a real connection to the city and its people, and he’s even surprised with a gift from one of its residents.

Boulder (airdate: March 17th): @Ali_Nejad sets his sights on Boulder, Colorado, a city that may be up in the mountains, but the people are very down to Earth. Attempting to find out why the city is named “the best place to live in the country”, Ali checks out the funky street performer scene, and takes part in a Tajikistani tea ceremony at Dushanbe Tea House. And while Ali does get outdoors to hike in the fresh mountain air, he does find time to find out why Boulder has been dubbed “The New Amsterdam”, by visiting a legal marijuana dispensary.

HLN rebranded itself in 2014 with the mission of providing the social media community with the first all-screens home for the best social news and lifestyle content in the world. Inspired by the national passion for sharing ‘news,’ and the technology that makes the flow of information instantly accessible, HLN rips its headlines from social media and actively interacts with consumers and what they are searching, playing, sharing, shopping, creating and watching. HLNtv.com is designed to be the digital home for the nation’s most popular social media content.