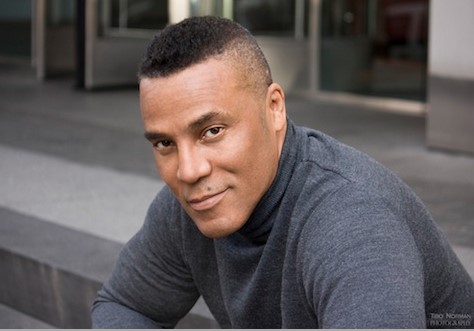 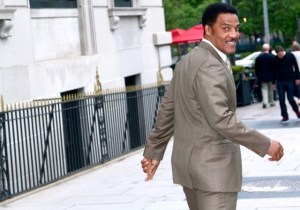 This month’s ‘master’ Frank Gatson, choreographer to many global stars

From Michael Jackson’s celebrated Moonwalk in the 80s to Miley Cyrus’ controversial twerking a generation later, pop stars have been stealing the secret moves of America’s inner city streets and transforming them into worldwide sensations.  This month ‘CNN Ones to Watch’ explores the evolution of dance from graffiti sprayed ghettos to revolving arena stages through the eyes of legendary choreographer Frank Gatson– a man who once danced with Michael Jackson and now conjures up routines for such mega-selling artists as Beyonce and Usher.

The programme goes behind the scenes as Gatson rehearses with Jennifer Lopez for a new Vegas show and introduces the audience to two rising stars that he thinks people will be seeing more of – Chris Grant, an LA-based dancer who was handpicked by Michael Jackson for his final tour and is now breaking into the world of choreography and Lil Buck– a Memphis ‘jooker’ who has created a fusion of Southern street dance and ballet that has caught Madonna’s eye. 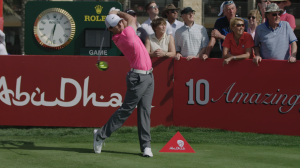 This month, ‘Living Golf’ profiles the golf scene in Middle East taking a look at the European Tour’s stand out events in Abu Dhabi, Qatar and Dubai. The programme examines how the region, with its oil rich reserves, has transformed into an international hub of banking, estate, tourism, sport and golf.

The European Tour has grown from 27 events in 1982, when it first expanded its borders beyond, to over 45 events this year. From the Dubai Desert Classic first held in 1989 to the Qatar Masters in 1998 to the Abu Dhabi Championship in 2006, golf has been instrumental in putting the Middle East on the international map.

With three tournaments played in successive weeks in close proximity and in perfect conditions, the Middle East Swing represents a great way for the world’s leading players to tune their game for the year. ‘Living Golf’ studies the form guide to see which pros are likely to make an impact in 2015. With the golf media spotlight focusing on the world number one and nine time European Tour winner, Rory McIlroy, ‘Living Golf’ catches up with the Northern Irishman in Dubai to find out his goals for the season.

‘Living Golf’ also travels to Qatar to profile the next generation of golfers trying to make the pro ranks and visits Aspire, the state of the art sporting academy that aims to match the Middle East’s financial muscle with sporting success. 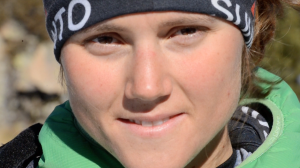 CNN’s ‘Human to Hero’ gets to the heart of what it means to be a sporting star, exploring the dedication, determination and inspiration involved for the world’s best athletes. In February, the programme meets two women who are climbing to the top of their sports, Krishna Poonia and Mireia Miro.

Krishna Poonia is an Indian discus thrower, who grew up in the conservative Jaat community in India where daughters were expected to marry at an early age, but her father wanted her to get a further education and pursue her dreams. Poonia eventually moved into sports and married a former Indian hammer thrower who helped coach her in discus. She has gone on to become the Asian Games bronze medallist twice and was the first woman to win a gold medal in track and field at the Commonwealth Games in 2010. At the London 2012 Olympics, she became the first woman from India to reach the finals in discus. Poonia is seen as a symbol of female strength in India having made a transition into politics, citing Indira Gandhi as an inspiration. She hopes to campaign against female infanticide and dowry in marriages, as she pushes for further education for girls.

Miro fell in love with the mountains as a child when her family used to spend the summers in the Pyrenees. As a teenager, she discovered ski mountaineering. The first time she tried it, Miro found it almost impossible but now happily spends her time exploring different mountains around the world. Miro can climb 1000m in 50 minutes and 2000m in 1.5 hour. In 2011, she was the World Ski Champion in ski mountaineering. 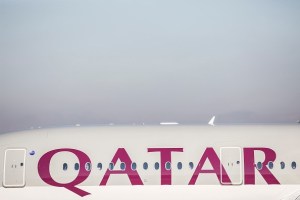 This month ‘CNN Business Traveller’ travels to South Korea, seen as the most connected country on earth, as the episode reveals how technology is revolutionising the travel industry.

Host Richard Quest visits the Samsung HQ and discovers that ‘the future is mobile’. From controlling a hotel room with a smartphone in Seoul, to checking into a flight on a smartwatch in New York, to breezing through immigration in Atlanta – the whole industry is going digital. With all this new tech, comes new risks for cyber-theft.  ‘CNN Business Traveller’ learns how to keep digital secrets safe on the road with the latest security systems.

Also this month, Quest road-tests the new Airbus A350, dubbed ‘the world’s most technologically advanced and efficient aircraft’, on its maiden flight for Qatar Airways.