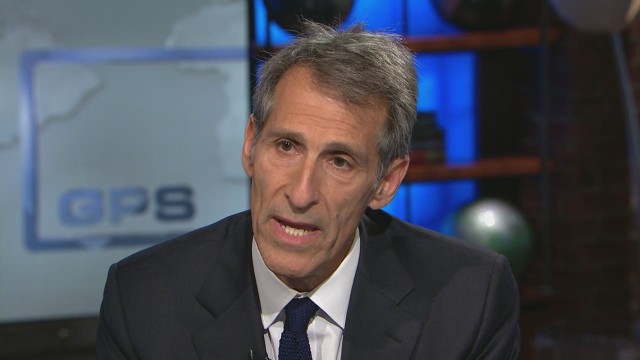 The following are excerpts from an interview between Michael Lynton, chairman & CEO of Sony Pictures Entertainment and CNN’s Fareed Zakaria that will air inside ANDERSON COOPER 360°.   The excerpts below relate to the recent cyberattacks upon Sony Pictures, now determined to have been launched by North Korea, and took place following the press conference with President Obama that took place earlier today.   The full interview will air tonight on CNN at 8:00pmET.

FAREED ZAKARIA: The President says Sony made a mistake in pulling the film. Did you make a mistake?

MICHAEL LYNTON: No. I–I think actually the unfortunate part is. in this instance. the President, the Press, and the public are mistaken as to what actually happened. We do not own movie theaters. We cannot determine whether or not a movie will be played in movie theaters. So, to sort of rehearse for a moment the sequence of events, we experienced the worst cyber-attack in American history and persevered for three and a half weeks under enormous stress and enormous difficulty. Umm and all with the effort of trying to keep our business up and running and get this movie out into the public. When it came to the crucial moment– when a threat came out from what was called the GOP at the time– threatening audiences who would go to the movie theaters, the movie theaters came to us one by one over the course of a very short period of time– We were completely surprised by it and announced that they would not carry the movie. At that point in time, we had no alternative but to not proceed with the theatrical release on the 25th of December.

ZAKARIA: So you don’t…

LYNTON: That’s all we did

ZAKARIA: So you have not caved in your view?

LYNTON:  We have not caved. We have not given in. We have preserved. And we have NOT backed down. We have–We have always had every desire to have the American public see this movie”

LYNTON on options open to Sony for releasing The Interview

FAREED ZAKARIA:  Why not release it online in some form or the other – video on demand?

MICHAEL LYNTON: There are a number of options open to us and we have considered those and are considering them. As it stands right now – while there have been a number of suggestions that we go out there and deliver this movie digitally or through VOD, there has not been one major VOD – video on demand distributor – one major e-commerce site that has stepped forward and said they are willing to distribute this movie for us. Again, we don’t have that direct interface with the American public so we need to go through an intermediary to do that.

LYNTON on his prior support of President Obama – and whether that has now changed.

FAREED ZAKARIA: You are well known as somebody who supported President Obama.

ZAKARIA: Were you disappointed in what you heard today?

LYNTON: umm I would be fibbing to say I wasn’t disappointed. Ummm.. I I—You know, the President and I haven’t spoken. I don’t know exactly whether he understands the sequence of events that led up to the movies not being shown in the movie theaters. Umm… and umm therefore I would disagree with the notion that it was a mistake. It’s a generally held view by the public and the press that that’s what happened and maybe that’s how that view was –was held by uh him. But, knowing as I do the-the facts and how they’ve—how they’ve unfolded…um …You know we st-stood extremely firm in terms of making certain that this movie would appear in movie theaters.”

LYNTON on whether Sony Pictures made a mistake by producing The Interview.

FAREED ZAKARIA:  Would you make the movie again?

MICHAEL LYNTON: Ya, I would make the movie again. I think, you know, for the same reasons we made – made it in the first place. It was a funny comedy. It was a  – it,  it served as political satire, I think – I think we would have made the movie again. I, I, knowing what I know now, we might have – done something slightly differently but I think a lot of events have overtaken us in a way we had no control over the – over the facts.

FAREED ZAKARIA:  And you’re saying you still want the public to see this movie?

MICHAEL LYNTON: We would still like the public to see this movie. Absolutely.