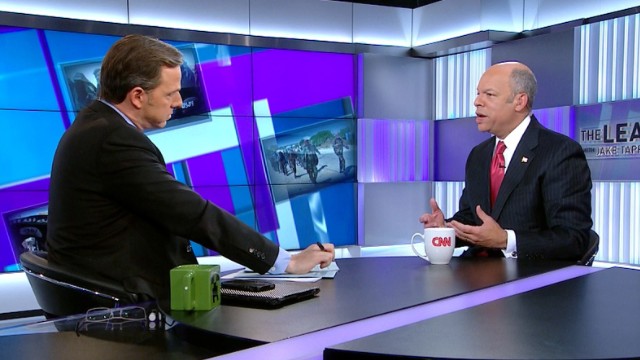 Homeland Security chief: No carry-on bag ban ‘at this time’

In an interview with Jake Tapper on CNN’s “The Lead,” Johnson was asked about a National Public Radio report that counter-terrorism officials are considering implementing a Transportation Security Administration ban on carry-on bags at airports.

The report cited concerns that al Qaeda could be planning attacks on major airlines in Europe before the Christmas holiday. Johnson said the department continues to focus on security, particularly at airports overseas, so as not to burden the traveling public.

“I think people should continue to [travel] and have a happy and safe holiday but we continue to be vigilant and continue to evaluate whether more is necessary, based on the latest threat streams,” Johnson said.

Tapper followed up: “But no ban on carry-on luggage yet, but you’re considering everything?”

Johnson responded: “Not at this time.”