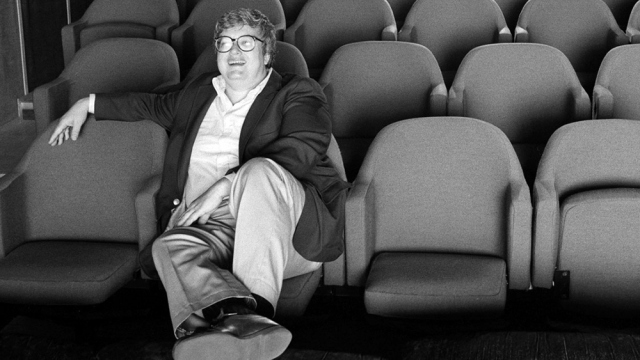 Love, the Movies, Chicago, and LIFE ITSELF – Roger Ebert’s Life Comes to CNN

Fresh from its highly successful theatrical exhibition, LIFE ITSELF will make its global television debut on CNN/U.S. on Sunday, Jan. 4 at 9:00pm and 11:00pm Eastern.  LIFE ITSELF, based upon the 2012 memoir of the same title, written by legendary film critic Roger Ebert, was also honored today as Best Documentary by the National Board of Review.  The film premiered at the 2014 Sundance Film Festival in Park City, Utah, in January and is in contention for an Oscar® in the Best Documentary Feature category.

“I owe so much to Roger for his support and critical insights into my work over the years. We tried to make a film that would both capture his legacy and reveal his incredibly rich and surprising life,” said director Steve James.

Revelatory about the movies, his childhood, his drinking, his love life, and his renowned rivalry with Chicago Tribune film critic Gene Siskel, a significant portion of LIFE ITSELF is told in Ebert’s own voice, both native and synthesized, with frank candor and optimism – even as Ebert reckoned with his own mortality from the ravages of cancer.

“Her love was like a wind, pushing me back from the grave,” Roger Ebert says in the documentary about his deep, loving bond with his wife, Chaz Ebert. Both Eberts describe with great candor the origins of their meeting, their frank discussions about their interracial relationship, and the progression of his difficult illness.

The professional relationship between Ebert and Siskel was complex – and multilayered. Siskel’s widow, Marlene Iglitzen, and TV producer Thea Flaum tell stories behind the fierce competition between the two that vaulted both film critics to pop culture status.

Many in the creative film arts whose work he fearlessly reviewed still have tremendous respect and enduring love for Ebert, including director Steve James, whose early documentary Hoop Dreams (1994) was championed by Ebert. As testament, James secured contributions to his film about a film critic, from a wide array of filmmakers – including interviews with Rahmin Bahrani, Ava DuVernay, Werner Herzog, Errol Morris, Gregory Nava, and Martin Scorsese. In particular, recalling a difficult review about his 1986 film The Color of Money, Scorsese says, it was “devastating…[but] that was a way of condemning…and helping.”

“Steve James’ beautiful film illuminates the extraordinary life of Roger Ebert well beyond the Pulitzer prize-winning film critic, but as beloved husband, father, grandfather, son, writer, mentor, and a scion of Chicago,” said Vinnie Malhotra, senior vice president of development and acquisitions for CNN Worldwide. “We’re excited to bring LIFE ITSELF beyond the silver screen to a broader audience across the country in its television premiere,” Malhotra said.

LIFE ITSELF will be available in simulcast via CNNgo by logging in with a TV provider username and password on CNN’s iPad app or at www.CNN.com/go. The film will encore on CNN on Saturday, Jan. 10, at 9:00pm and 11:00pm Eastern.

For more information about LIFE ITSELF, please visit www.cnn.com/lifeitself.