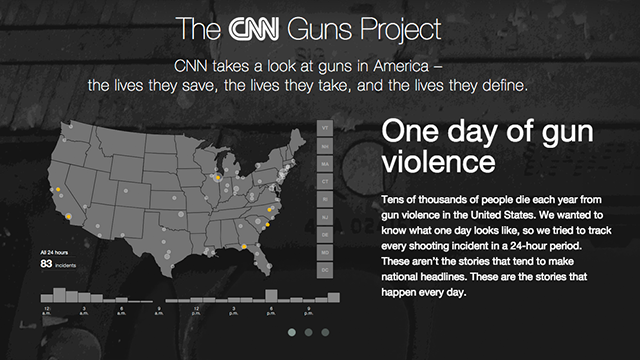 We’d seen the statistics. More than 32,000 people were killed by gunfire in 2011, the most recent year for which statistics are available. And, according to the Centers for Disease Control and Prevention, more than 70,000 suffered nonfatal injuries from guns.

Our goal was to report every shooting that happened in that 24-hour period. We tried to track the shootings in real time, calling police stations, using social media and tapping into CNN resources across the country. In the days and weeks that followed, we dug deeper into the incidents, which left at least 35 people dead and 74 injured. We followed up on every shooting, and we profile six incidents that were representative.

After hundreds of calls, we are certain about one thing — we did not capture every gun incident. Despite our best efforts, our methodology is incomplete. There’s no national database of each shot fired. Not every shooting is reported to police.

Still, the story of everyday gun violence in the United States is largely untold.