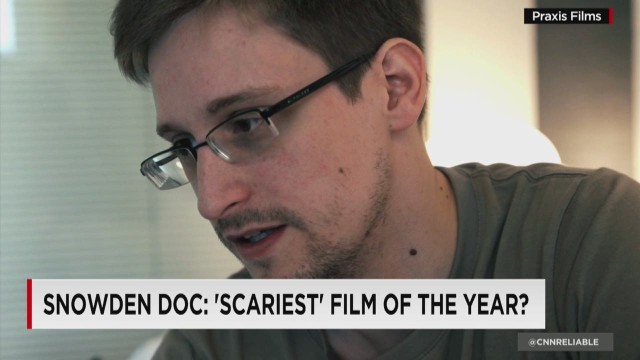 Glenn Greenwald on his 2nd source in NSA

Today on CNN’s Reliable Sources hosted by Brian Stelter, Glenn Greenwald discusses his role in a new documentary about Edward Snowden, and his second source within the NSA. Video and the transcript from the interview are available below.

TRANSCRIPT:
STELTER: Note those words. There will be someone else who will do the same thing. The documentary focuses heavily on Glenn Greenwald, the journalist and civil liberties activist who staked his career on bringing Snowden’s story to the world. And at the end of the film, there is a bombshell.

Greenwald alerts Snowden to a second whistle-blower. Just this week, Yahoo! reported that the FBI may be on the second leaker’s trail. They reportedly searched the Northern Virginia home of a suspect, a federal contractor.

Glenn Greenwald joins me now to sort through all of this.

STELTER: We have talked in the past about this idea that other sources may come forward to you and your colleagues.

How did Snowden react when you told him about this, this new source? For those who have not seen the film, how did he react?

GREENWALD: He reacted with a huge amount of shock over specifically the substance of some of the reporting that we have been able to do, but more importantly will be able to do in the future as a result of this information.

And I think he was also very gratified, because, as you point out, one of the principal motives that he had in coming forward so boldly, identifying himself publicly, instead of hiding, was to motivate other people to shine light on what the government is doing in the dark that never should have been kept secret in the first place.

STELTER: So, you now write for TheIntercept.com. Can we expect to see more stories from this apparent second source?

GREENWALD: The hard part about talking about any kind of future reporting is, is, that, as you know and as media figures almost in consensus have noted, the Obama administration has created this very menacing climate for sources where they try and prosecute them at far greater rates than any prior administration in American history.

And so we have to very careful about the kinds of things we can say about our sources or anything like that. So, it’s just very difficult to talk about in those terms.

STELTER: Well, let me point it this way.

There is an assumption of course in the phrase second source. When I say second source, it sort of implies that it is the extent of it, but I have a feeling maybe it is not. Do you have a third source, so to speak? Can you comment on whether there are more than two people who are affiliated with the government who have been helping you and your reporters?

GREENWALD: All I can say about that is that one of the goals that we had very much in the forefront of our mind when we created The Intercept was to enable sources to come forward in a secure and safe way, so that they can do what they have always done, which is bring to the attention of journalists information that is in the public interest.

STELTER: Let me ask you about the film “Citizenfour,” since you star in it. And it will be reaching more theaters in the weeks to come.

It has been called critically acclaimed. And when I hear those words critically acclaimed, I kind of cringe, because it means it is not necessarily going to reach a wide, wide audience. Are you satisfied with how mainstream stories about mass surveillance are?

If you look at just polling data alone, one of the more amazing things I saw was a Pew poll that asks every year Americans, what do you consider to be a greater threat, the threat of terrorism or the threat of the government’s attacks on your civil liberties?

You see politicians from both parties running on a platform in opposition to the NSA. It has been the most covered story over the last 16 months around the world and also in the U.S. So, sure, I’m very satisfied and in fact surprised by how much it has penetrated the mainstream.

STELTER: Glenn, thank you for being here.

GREENWALD: Thanks, Brian. Appreciate it.

STELTER: I have a feeling this story, this topic about a second source and then maybe others within the government talking to reporters about mass surveillance is not going away.