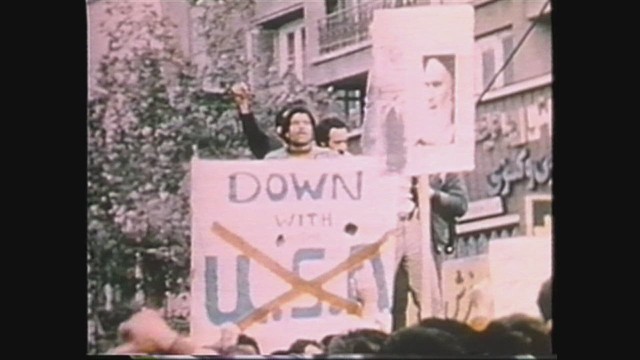 In 1979, Iran was facing a revolution.  It all culminated on November 4th, when radical student protestors attacked the U.S. embassy in Tehran.  They captured 52 Americans in the embassy, then blindfolded, handcuffed and paraded them in front of screaming crowds who were chanting “death to America.”

In a CNN Special Report titled WITNESSED: The Iran Hostage Crisis, the Americans who were beaten, tortured and humiliated during their 444 days of imprisonment tell their story of anguish and hope to CNN.

The one-hour special will also examine what has been called America’s first conflict with militant Islam, featuring insiders from the Carter administration and veteran newsman Ted Koppel, who launched the program Nightline in order to provide the latest news out of Iran.

Nearly thirty-five years after the hostage crisis that captured a nation, the CNN Special Report WITNESSED: The Iran Hostage Crisis airs on Tuesday, October 28th at 9pm ET/PT on CNN.