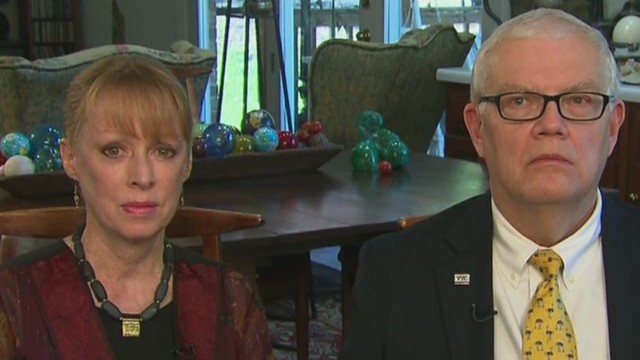 Dan and Gil Harrington are living a nightmare that few parents can even imagine. Their daughter Morgan was murdered in 2009 after leaving a concert on the campus of the University of Virginia. They just learned there could be a DNA link to Jesse Matthew Jr., the man arrested days ago in connection with the disappearance of UVA sophomore Hannah Graham.

Tonight on AC360, the Harrington’s spoke with Anderson Cooper about Matthew’s possible involvement in Morgan’s death, the Hannah Graham case and they shared memories of their daughter. Morgan’s father also delivered a powerful message to suspect Jesse Matthew.