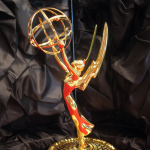 Mark Phillips, CNN – Reporting from Afghanistan and the Philippines

Mark Phillips’ work is testament to his ability to tell a story through his pictures, not just by observing from a distance but by becoming closely involved and bringing his empathy with each subject to the fore.  Philips’ work is also defined by a deep respect and admiration for his subjects and their individual stories.  In close partnership with his reporter colleagues, he secures a level of trust that allows each story to evolve organically.

Panorama Mundial is a showcase of CNN’s resources in Latin America, bringing the most relevant stories of the region to the audience through the story telling skills of anchor Patricia Janiot.  The news is presented in a variety of formats, including packages from reporters in the field who live the stories themselves; live shots from bureaus to deliver the very latest news; and dynamic segments to illustrate with graphics the events that affect daily life.