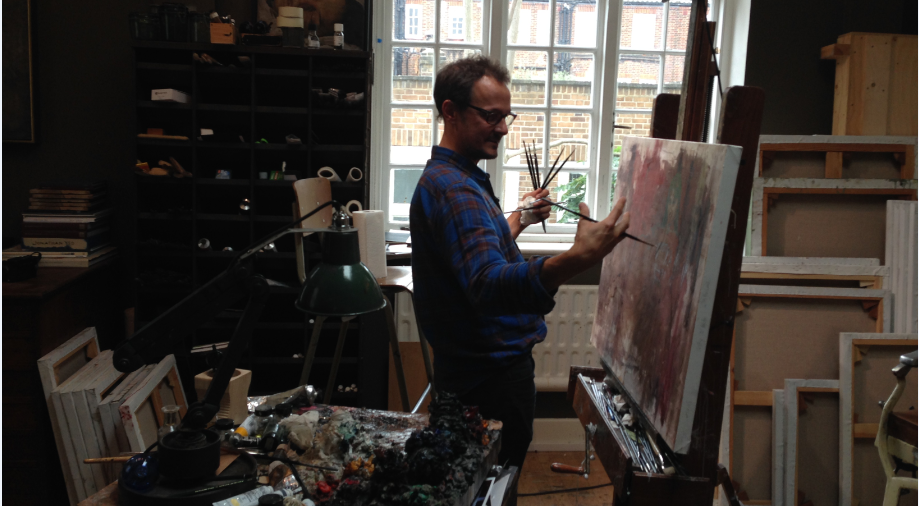 In a new programme concept for CNN International, ‘CNN Ones to Watch’ each month focuses on a particular artistic or cultural discipline, where a master of their craft identifies ‘ones to watch’ and guides viewers through their art form.

The first episode in the series delves into the colourful world of portraiture, with leading portrait artist Jonathan Yeo, known for his paintings of world figures from Tony Blair, to Malala Yousafzai and Kevin Spacey. As the ‘master’, he guides CNN viewers through the genre and naming Richard Twose and Jelena Bulajic as the two breakthrough portrait artists ready to make a major impact on the world stage.

To showcase the art of portraiture, Yeo has been commissioned by CNN to paint a new portrait of Tamara Rojo, English National Ballet Artistic Director and Lead Principal Dancer. CNN cameras have exclusive access to Yeo’s studio for an up-close experience of him painting the iconic Spanish ballet dancer. Deep Brain Stimulation has been around for decades, but now two doctors at the University of Florida are pushing the boundaries of this procedure by placing electrodes inside the brain to treat disorders like Parkinson’s disease, dystonia and tremors.   In this month’s ‘Vital Signs’, CNN’s Dr. Sanjay Gupta goes inside the operation room of an unconventional team of doctors as they attempt to treat a young woman suffering from the debilitating effects of Tourette’s syndrome.

With the help of an entirely new device placed directly on the brain they hope to map the brain’s activity and relieve a young woman from a lifetime of uncontrollable outbursts and severe tics.

‘Vital Signs with Dr. Sanjay Gupta’ explains the ethical questions of manipulating the brain and tries to understand the mysterious secrets that still need to be unlocked for those who suffer from brain disorders. In October, ‘Open Court’ takes a closer look at health and fitness on tour. Fans and analysts know a lot about the players and their powerful backhands and forehands – but what about their mental fitness, gym work, and diet?  What goes on behind the scenes to make sure players are “fighting fit” for each match?

The programme travels to Austria, where the WTA hosts a tournament in Linz, and the ATP hosts a tournament in Vienna. Pat Cash sits down for breakfast, lunch and dinner with the players and finds out about their diets, hearing first-hand from some of the best players on tour –about their specialised diets. The programme takes a close look at mental fitness and what goes through a player’s mind during those key minutes before they step on court?

Host Pat Cash reports from Vienna, spending a memorable workout with Austria’s rising star Dominic Thiem, the youngest ATP player in the top 50. His training methods are anything but routine – he’s known to carry logs while training in Austria’s forests! Cash trains with Thiem to see first hand why he’s moving up the ranking so fast. Amanda Davies meets Kimi Raikkonen for this month’s ‘The Circuit’

This month, ‘The Circuit’ previews the US Grand Prix in Austin, Texas, with expert help from former world champion Mario Andretti.

Bringing CNN’s Don Riddell along for the ride, Andretti takes the programme for a tour around the Circuit of the Americas, and gives Ridell a taste of the famous music scene in Downton Austin.

Host Amanda Davies meets Ferrari’s “Iceman” Kimi Raikkonen, for an in-depth interview, as the programme also explores the vital role of the Formula One safety car on track.