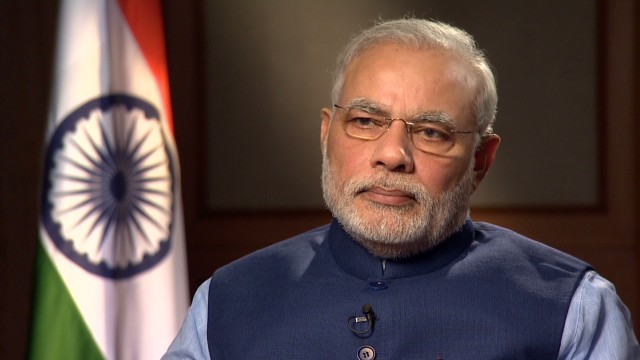 As he prepares for his first address before the world stage of the United Nations General Assembly in New York City, Prime Minister Narendra Modi will sit down with Fareed Zakaria for a global exclusive and wide-ranging interview to air on CNN’s FAREED ZAKARIA GPS international affairs program on Sunday, Sept. 21.

The interview was taped on Saturday, Sept. 13 at the Prime Minister’s official residence at 7 Race Course Road in New Delhi, and marks Modi’s first since he was elected Prime Minister of India.