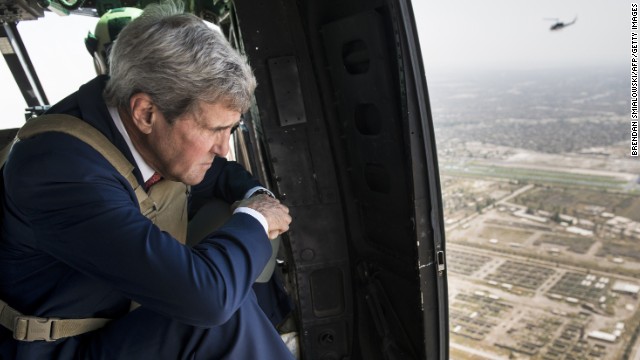 Secy. John Kerry to CNN’s Elise Labott: U.S. not at war with ISIS

Kicking off meetings with leaders from key Arab countries in Saudi Arabia to enlist regional support for a global coalition to defeat ISIS, Kerry defended the administration’s insistence that the 2001 authority to go after al Qaeda and its affiliates does apply to ISIS even though the two groups have publicly split from each other. He insisted that the group’s origination as an al Qaeda affiliate is enough to consider them connected.

Visit http://www.cnn.com/2014/09/11/world/meast/kerry-mideast-visit-isis/index.html?sr=sharebar_twitter for the full story.