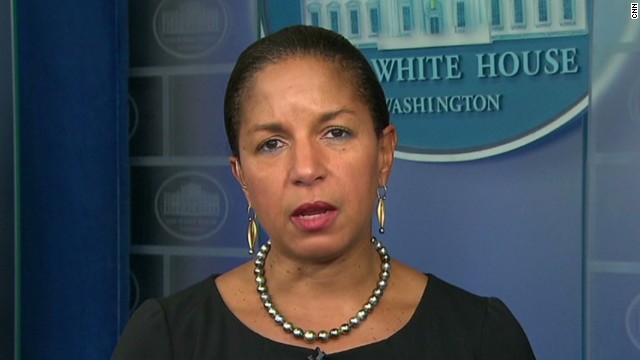 “Well, Wolf, I’ve gotten to know Diane Foley well. And she and I have met on a number of occasions when I was ambassador in New York and here in Washington at the White House. She’s an extraordinary woman. She did an job on behalf of her family and with her husband and — and other children, to do everything possible, leave no stone unturned to try to bring Jim home safely.

We’re all heartbroken that there was not possible. But I and others in the U.S. government worked very hard with Diane Foley and her family to try to be supportive, to try to provide what information we could. And, of course, as you know, the president ordered a very daring and very well-executed rescue operation when — on the only occasion we had what we thought was fresh and we hoped actionable intelligence about the whereabouts of Jim Foley and the other hostages.

Unfortunately, they were no longer there. But I think that effort, which involved hundreds of American personnel in a very sophisticated effort, underscores the importance that we attach to doing everything we possibly can to bring Americans in captivity back home.”