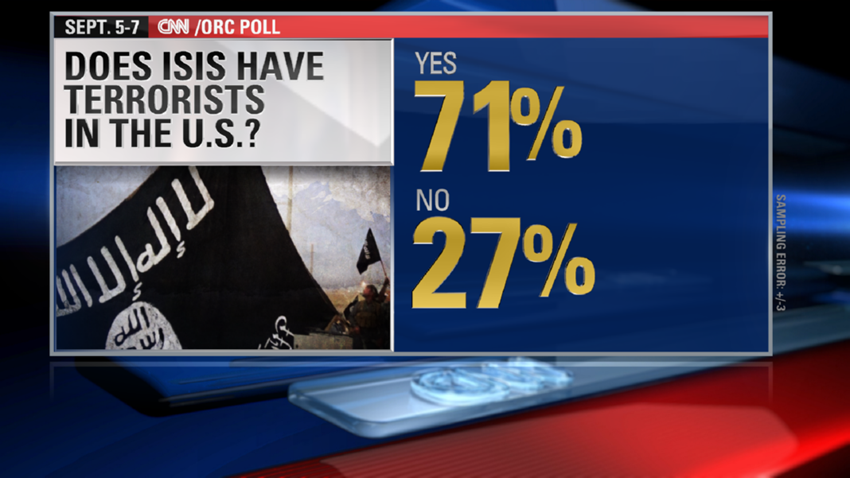 Days before the anniversary of September 11, 2001, a new CNN/Opinion Research Corporation survey released Monday reports that Americans are increasingly concerned that ISIS represents a direct terror threat, fearful that ISIS agents are living in the United States.

Seven in 10 Americans believe ISIS has the resources to launch an attack against the United States, just days before President Barack Obama plans to address the nation on the subject.